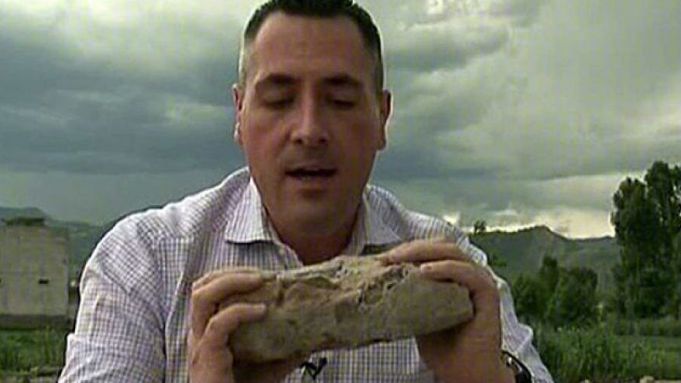 Veteran Fox News correspondent Dominic Di-Natale, who recently reported on the riots in Ferguson, Mo., has been found dead of an apparent suicide.

Officials discovered Di-Natale’s body Wednesday in Jefferson County, Co., where the international reporter owned property. The coroner said that he took his own life.

According to Fox News, the U.K. born journalist had been dealing with undisclosed health issues and resigned from the network on Nov. 30.

“We were extremely saddened to learn of Dominic’s passing and send our deepest condolences to his family and friends,” said a statement from a Fox News spokesperson. “He was an esteemed journalist and an integral part of our news coverage throughout the Middle East.”

So sad to hear Fox's Dominic Di-Natale has died. A great reporter, who off-air was always trying to help US troops. I will miss him.

Di-Natale, who began as a contributor to BBC World, covered international stories for Fox News and worked out of the network’s Los Angeles bureau.