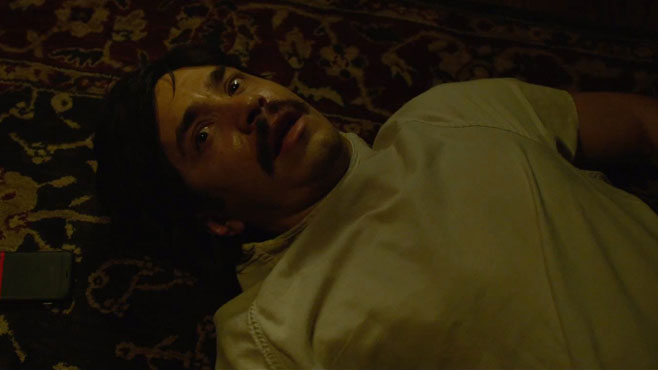 Kevin Smith revealed the first trailer for his comedy-horror film “Tusk” at Comic-Con on Friday night.

The trailer shows Justin Long being driven to the point of insanity by a mad man played by Michael Parks. Long is a podcaster who decides to travel to the backwoods of Canada to interview a reclusive old man, only to wind up falling victim to the deranged killer’s bizarre fetish. Parks will stop at nothing to turn Long into a … walrus.

Smith conceived and wrote the low-budget pic in about 20 days. The project originated as a joke on one of his SModcasts. He later asked his followers to tweet whether or not he should pursue the film and #yeswalrus prevailed.