The dialogue will be as cheesy as 'Twilight' 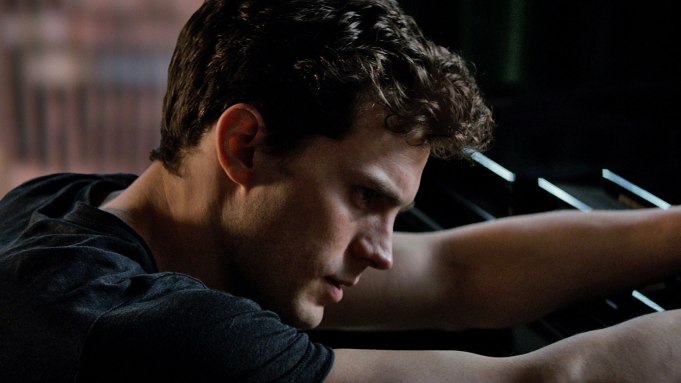 (1) Jamie Dornan > Charlie Hunnam. There was pandemonium when Hunnam suddenly bailed on playing Christian Grey last fall, but it might have been a blessing in disguise for Universal. Hunnam looked disheveled when he recently appeared at TCA, to promote his TV series “Sons of Anarchy.” On the other hand, Jamie Dornan, a former male model, makes for a more plausible kinky businessman. He seems to be interpreting the role as a cross between Robert Pattinson in “Twilight” and Tom Cruise circa “Eyes Wide Shut.” This could work. And his abs, which are briefly on display, earn an A+, according to our panel of experts.

(2) This is Dakota Johnson’s movie. I’ve been skeptical about whether she could carry her first major film role, especially given her limited onscreen film parts in “The Social Network” and “Need for Speed” (where she barely registered). But Johnson, who opens the first 45 seconds of the trailer, seems up for the task of projecting Anastasia’s vulnerability. I especially like the way she scrunches down in her blue cardigan sweater before her first meeting with Christian. And she doesn’t flinch with terrible lines like, “There’s really not much to know about me — look at me!” Speaking of which …

(3) The dialogue will be as cheesy as “Twilight.” Exhibit A: “I’m incapable of leaving you alone.” “Then don’t!” Also, director Sam Taylor-Wood films Christian and Anastasia in the woods, with the sun streaming through the branches, like they are a grown-up version of Edward and Bella.

(4) The sex is still a question mark. “Fifty Shades of Grey,” which will be rated R, can’t be as explicit as E.L. James’ pornographic books. The trailer downplays the story’s eroticism, with merely a glimpse of Dakota tied up, making a not-safe-for-morning-TV sound.

(5) Beyonce’s remixed “Crazy in Love” is a good anthem for this story. But it would have been even better if she had a cameo in the film.