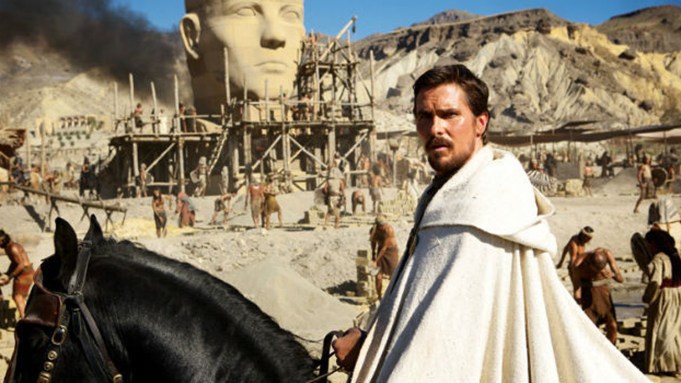 “Exodus” revolves around the tale of Moses and the latest trailer showcases the action Scott is known for on a grand scale. On Sept. 30, Fox showed almost 40 minutes of footage to reporters, with Variety’s Tim Gray writing that the film “falls into the ‘they don’t make ‘em like that anymore’ category, with big battle scenes and aerial panoramas of ancient cities, rustic settlements and military camps, all rendered in 3D CGI glory.”

Also present at the screening, Christian Bale described his Moses as “a troubled and tumultuous man.”