Continue to Variety SKIP AD
You will be redirected back to your article in seconds
Apr 25, 2014 11:30am PT 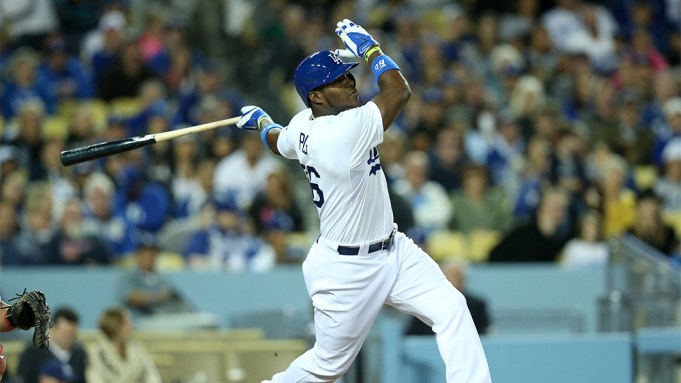 Ratner acquired the feature rights through his RatPac Entertainment to Jesse Katz’ article, published in the May issue of Los Angeles Magazine.

Puig signed a 7-year $42 million deal with the Dodgers in 2012 after defecting from Cuba. He was a key factor in the team making the National League playoffs last season,  finishing second in the Rookie of the Year voting after hitting .319 with 19 home runs and 42 RBIs in 104 games.

Puig attempted to escape from Cuba several times before succeeding in 2012 with the help of smugglers working for the Los Zetas Mexican drug cartel who took him to the Yucatan Peninsula.

“He was traveling with three companions: a boxer, a pinup girl, and a Santeria priest, the latter of whom blessed their expedition with a splash of rum and a sprinkle of chicken blood,” Katz wrote.

The cartel then held him captive for three weeks after his backer allegedly did not pay the $250,000 that had been agreed to as the price for getting Puig out of Cuba.

RatPac’s James Packer and John Cheng will executive produce. The project is not yet set up at a studio.

Ratner and Flynn are producers on Dwayne Johnson’s upcoming “Hercules,” which Ratner directed. They have also set up a film project at Fox based on Ben Mezrich’s novel “Seven Wonders,” which is being published later this year.