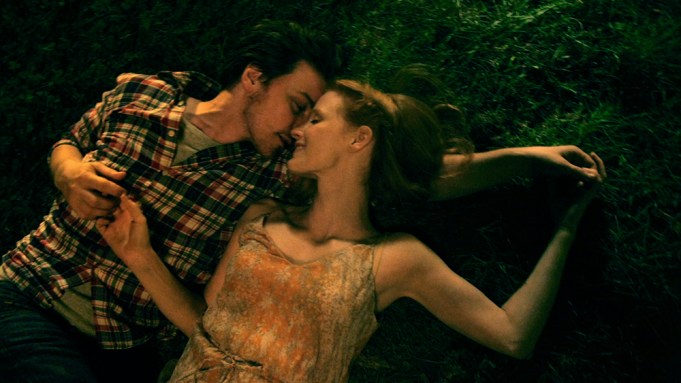 The first official trailer for “The Disappearance of Eleanor Rigby” will transport you to “someplace good,” as star Jessica Chastain puts it simply, before taking a turn for the worst.

This groundbreaking take on an age-old love story, which marks Ned Benson’s feature film debut, explores a rough patch in a young couple’s marriage told from different vantage points. “Everyone starts out thinking this is forever. But then things get hard,” the voiceover says amid scenes of laughter.

Chastain and James McAvoy tell this story about “a girl who loves a boy” and “a boy who loves a girl.”

“The Disappearance of Eleanor Rigby: Them,” which costars Bill Hader, Viola Davis and William Hurt, hits theaters on Sept. 26. “Him” and “Her” will follow later in the fall.