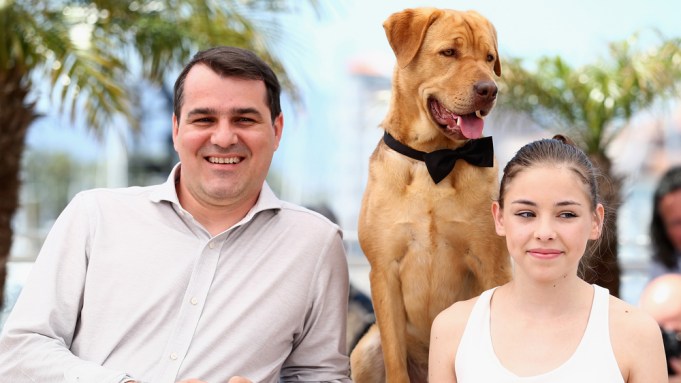 CANNES — It is not unusual for the star of a film playing in Cannes’ Official Selection to fly to the Cote d’Azur town to attend the world premiere of the movie, but in the case of Kornel Mundruczo’s “White God,” which played in Un Certain Regard, the star on the red carpet happened to be a dog.

The name of the hound, a Labrador crossbreed, is Body, who plays Hagen in the film. He was accompanied in Cannes by his trainer Teresa Miller. Body joined the photocall, went up the red carpet, and appeared on stage — the first canine ever to be allowed on stage at Cannes.

The filmmakers decided to get Body to shoot a dog’s eye view of the festival, and Variety has been given exclusive access to the film, which we premiere here. Body had a camera strapped to his back while he walked down the Croisette.

Further images of Body’s day in Cannes can be found on the film’s Facebook page.

Variety would like to thank The Match Factory, which is selling the film, for this alternative view of Cannes.

(No dog puns were used during the writing of this article.)