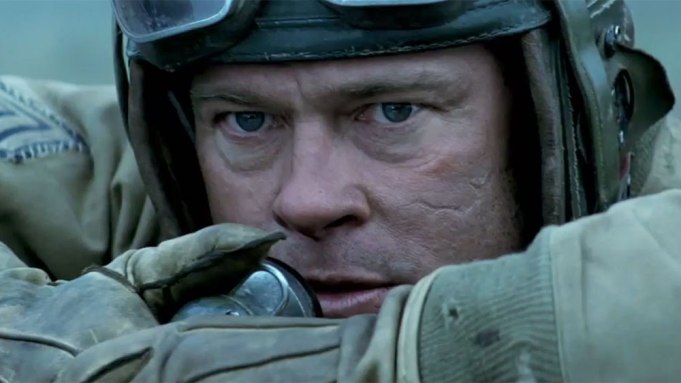 Sony Pictures has moved up the release of its Brad Pitt World War II pic “Fury” from Nov. 14 to Oct. 17.

The tank drama, co-starring Shia LaBeouf and Logan Lerman, is directed by David Ayer and said to be an awards contender. The date change also puts “Fury” much closer to the Telluride or Toronto film festivals, which is where Pitt’s “12 Years a Slave” launched last year before going on to win big at the Oscars. So far, however, neither festival has confirmed the film.

Written by Ayer, “Fury” centers on a tank battalion, led by Pitt’s character, forced to make a last stand against the Nazis behind enemy lines.

The WWII drama takes the place of the Seth Rogen comedy “The Interview,” which was slotted to bow on Oct. 17 but recently moved to Christmas Day. Alejandro Gonzalez Innaritu’s “Birdman” also opens on that date in limited release.