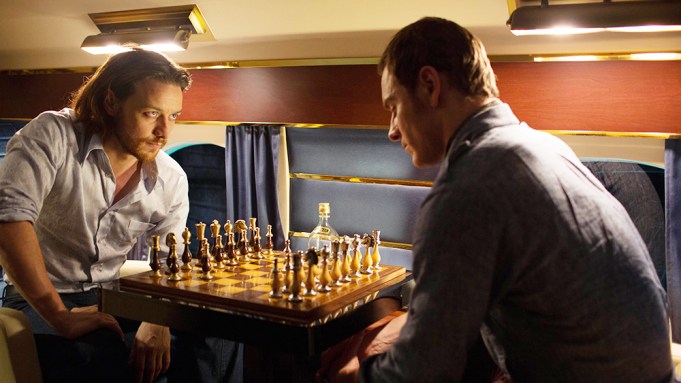 Fox’s “X-Men: Days of Future Past” stormed the worldwide box office, grossing a boffo $261.8 million, of which an estimated $90.7 million comes from the domestic market in three days. Pic’s global haul marks the biggest opening weekend for the superhero franchise.

REVIEW: ‘X-Men: Days of Future Past’

While Fox plans to release four-day Stateside estimates for “X-Men” on Monday, it’s safe to project the film will earn in the ballpark of $110 million over the long Memorial Day weekend.

“X-Men: Days of Future Past,” a starry merger of fan-favorite mutants from the franchise’s two separate iterations, bowed at No. 1 in all 119 overseas countries this weekend, collecting $171.1 million internationally.

The film’s boffo worldwide start was foretold for weeks leading up to this weekend. And while it marks a series best, the domestic opening — of which premium large formats, led by Cinemark, contributed $8.2 million (or 9%) on 352 screens — was unable to lift the overall B.O. to the same heights achieved last year, when “Fast and Furious 6” and “The Hangover Part III” competed head-on for the holiday crown.

Still, “Blended” scored a better-than-average ‘A-‘ CinemaScore, which could help it leg out with families; Disney’s “Maleficent” will provide stiff competition in that sector next weekend, however.

Filling out the top ranks, Universal’s “Neighbors” estimated $13.9 million through Sunday, with a projected $17.3 million in four days, bringing its domestic cume to $117 million.

And expanding to nearly 500 Stateside engagements, Open Road’s “Chef” delivered a tastey $2.3 million in three days, with the distrib estimating the pic will gross just shy of $3 million in four. Entering its third frame, the Jon Favreau-directed food-themed comedy has cumed more than $4 million domestically through Monday.