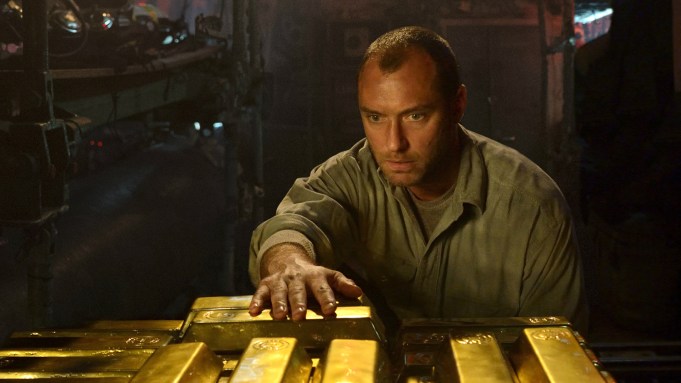 Focus Features has released the first trailer for thriller “Black Sea,” starring Jude Law as a rogue submarine captain seeking treasure at the bottom of the Black Sea.

“One of Hitler’s U-boats is just sitting on the sea bed, full of gold,” Law’s character intones. He recruits a ragtag group of of men who decide to change their luck. Greed and desperation soon take over.

“Black Sea” is directed by Kevin Macdonald, who previously directed “The Last King of Scotland,” “The Eagle” and “State of Play.”