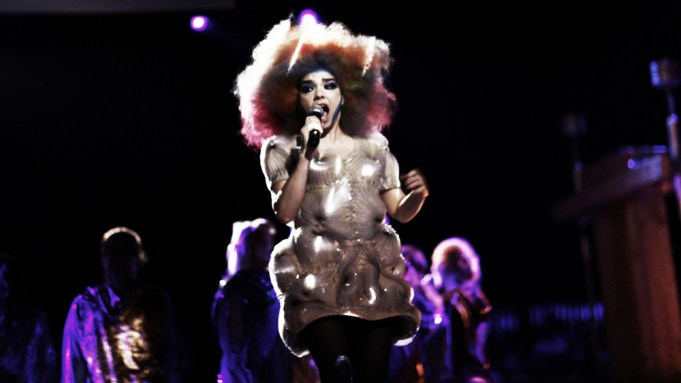 The film will play on Oct. 9 at London’s Odeon West End as the Sonic Gala, the lead event for the fest’s music-inspired Sonic program of screenings and events.

“Biophilia Live” was recorded live at London’s Alexandra Palace last September, and features Bjork and her band performing every song from her eighth studio album, “Biophilia,” and reworked versions of some of her past tracks. The songs are accompanied by animation sequences and science and nature archive footage inspired by the album’s theme — the relationship between musical structures, the natural world on Earth, and the universe. Images include volcanoes, viruses, lightning, plankton, planets and jellyfish.

Clare Stewart, the festival’s director, said: “Bjork is a true innovator, collaborating with exceptional filmmakers and artists to produce intoxicating work at the intersection of music and film.”