‘The Avengers: Age of Ultron’ Official Trailer Arrives After Leak 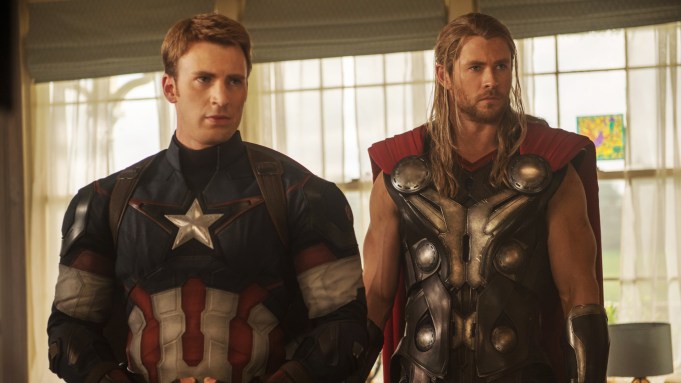 Marvel and Disney’s first trailer for “The Avengers: Age of Ultron” arrived Thursday night after being leaked online earlier in the evening.

The clip, which features never-before-seen footage including scenes with the villainous Ultron (James Spader), was expected to debut during next week’s “Marvel’s Agents of SHIELD” on ABC. Some shots were introduced at San Diego Comic-Con, but a majority of the two-minute trailer is brand new footage.

The first “Avengers” film, directed by Joss Whedon, is the third highest-grossing film of all-time after earning an ultra-boffo $1.5 billion in 2012.

Produced by Kevin Feige, “The Avengers: Age of Ultron” hits theaters May 1, 2015.

The two-minute teaser is expected to play in theaters in front of Christopher Nolan’s “Interstellar” next month.