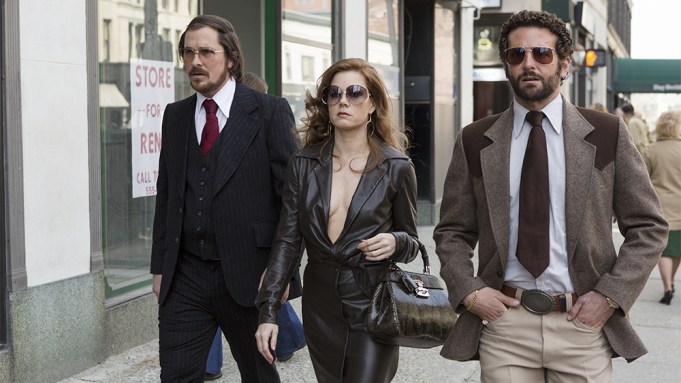 From low-cut dresses to over-the-top suits and shoes, David O. Russell’s “American Hustle” has some of the most unforgettable of the Oscar season.

In an exclusive two-minute clip, costume designer Michael Wilkinson gives the audience a behind-the-scenes look into his clothing choices for the 1970s-set drama.

“Being presented with characters like this is the biggest gift,” he says. “It’s what we all dream about.”

The video features Amy Adams, Jennifer Lawrence, Christian Bale and Bradley Cooper as each weigh in on the clothes that they wore in the Sony pic.

“Everyone’s exterior is helping to inform their interior,” Adams says in the clip. “Their wardrobe is part of their armor.”

Wilkinson is one of the nominees for best costume design in this year’s Critics’ Choice Awards.