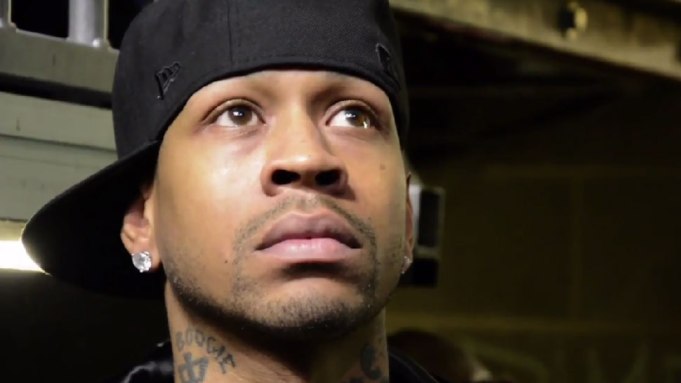 With its Tribeca Film Festival bow of “Iverson” just days away, a new clip from first-time helmer Zatella Beatty’s docu highlights another side of controversial former NBA player Allen Iverson.

In the minute-long snippet, Miami Heat player Dwyane Wade and former NBC Nightly News anchor Tom Brokaw are among those who weigh in on the former Philadelphia 76er’s much talked about antics and career.

“He’s an icon around the world,” Wade says in the clip, while Brokaw adds, “He’s a rebel with a cause, and the cause is Allen.”

Based on the footage in the clip, the film looks to explore Iverson’s impact on the league and as well as his personal life.

“I wish it didn’t have to be like that – to have to go through the things that I went through,” Iverson explains near the end of the video. “But I can’t cry about that. This is what it is.”

Produced by Beatty’s 214 Productions alongside Ted Faye and exec producers Mandalay Sports Media and Moore Entertainment, the docu will reveal more of the athlete’s story in his own words when “Iverson” premieres at Tribeca on April 27.