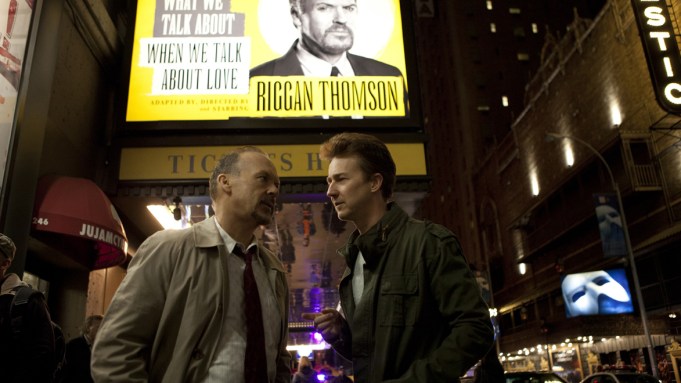 The black comedy, about a washed-up actor (Keaton) who once played an iconic superhero and must overcome his ego and family trouble as he struggles to mount a Broadway play in a bid to reclaim his past glory, will world preem in competition at the fest on August 27.

“Birdman” is a Fox Searchlight Pictures/New Regency presentation of a New Regency/M Productions/Le Grisbi production. The U.S. release date is October 17, while it will be going out internationally in early 2015. The producers are Inarritu, John Lesher, Arnon Milchan, and James W. Skotchdopole.

“Birdman” is the first foray into comedy for the often gravely serious Inarritu who made his breakthrough in 2000 with “Amores Perros.” The hotly anticipated pic had been originally tipped for Cannes where “Amores Perros” won the Critics’ Week nod and where in 2006 the helmer won the best director nod for “Babel.” In 2010 Inarritu also bowed his “Biutiful” on the Croisette which scored an acting nod for Javier Bardem.

But Inarritu is also Venice aficionado, having attended with “21 Grams” in 2003, when Sean Penn won the Coppa Volpi for best actor, and also as a juror in 2007.

Just like last year, when the fest headed by artistic director Alberto Barbera opened with fellow Mexican helmer Alfonso Cuaron’s “Gravity,” Venice is kicking off with a title sure to be in the thick of things come Oscar season, as the Lido boosts its status as an awards season launchpad. But the key difference is that, unlike “Gravity,” which screened out-of-competition, “Birdman” will instead be vying for the Golden Lion.

The 71st edition of Venice will run August 27-September 6. The full lineup will be announced in Rome on July 24.