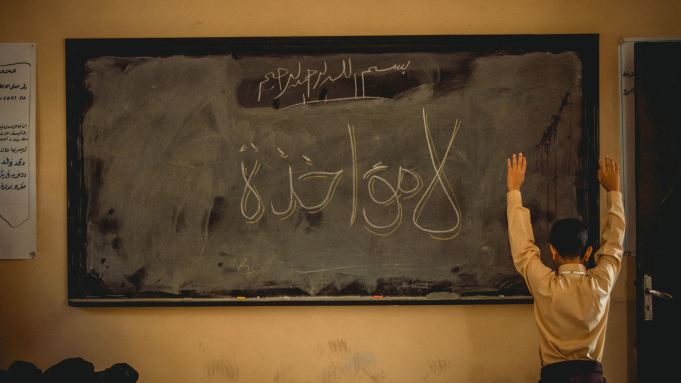 Controversy is mounting over film censorship in Egypt where the military-backed government has pulled steamy pic “Halawet Rooh,” Arabic for “Sweetness of Spirit,” from movie theatres, overruling the head of the country’s censorship board who resigned in protest sparking outrage.

Ironically the spat comes just after Darren Aronofsky’s “Noah” got the green light to be released in Egypt even though its banned in the United Arab Emirates, Qatar and Bahrein. That had caused Egyptian freedom of expression advocates to cheer.

The decision by interim prime minister Ibrahim Mahlab to unilaterally yank “Sweetness,” which stars Lebanese bombshell Haifa Wehbe, prompted Ahmed Awad, undersecretary to the culture minister and head of the censorship authority, to immediately resign. The censorship board is supposed to be an independent body with final say on whether a movie can be seen by Egyptian auds.

Directed by Sameh Abdel Aziz, “Sweetness” is reportedly loosely based on Italo helmer Giuseppe Tornatore’s steamy Monica Bellucci-starrer “Malena,” both pics involving a  teen-age boy’s infatuation, which is what motivated the muzzle, along with a rape scene.

Prime Minister Mahlab announced on the cabinet’s Facebook page that he yanked the film in response to calls from the National Council for Motherhood and Childhood and “to preserve the morals of our children.”

The movie, released earlier this month, had grossed almost 1 million Egyptian pounds ($143,000) in its first week, according to website Elcinema.com. That’s 52 percent more than the take in the same frame for “Captain America: The Winter Soldier.”

The pic’s trailer, featuring Wehbe, a singer-turned-actress who’s become a sex symbol in the Arab world, drew more than 3 million views on YouTube.

The Egyptian Creativity Front, a coalition comprising the country’s three main artistic unions has slammed the move as an “assault on the freedoms of thought, expression and art.”

Awad, the censorship board chief who resigned, told the Associated Press he “did this out of respect for myself.”

Since being appointed in September 2013 Awad had been hailed as one of the country’s most liberal movie censors. He gave the go-ahead for several potentially button-pushing pics to screen, including Amr Salama’s black comedy “Excuse My French” (pictured) about a Christian kid enrolled in an Islamic public school who finds himself forced to conceal his religious identity. “French,” which had long languished in censorship, topped the Egyptian box office chart in February.