Continue to Variety SKIP AD
You will be redirected back to your article in seconds
Nov 19, 2014 5:26am PT 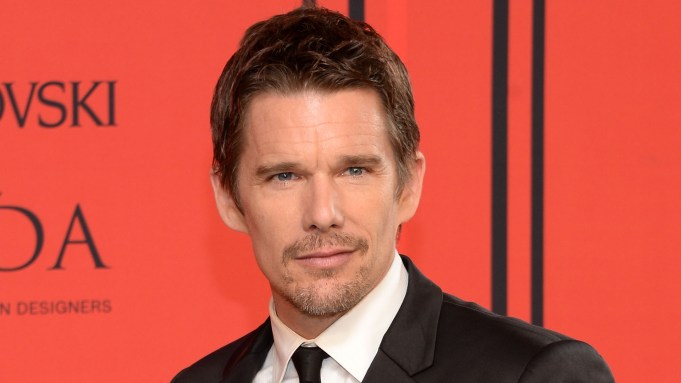 The British Academy of Film and Television Arts will fete Ethan Hawke with a career retrospective on Dec. 18.

The event is part of “BAFTA: A Life in Pictures,” a series of onstage interviews in which “some of the film world’s leading talent share insights into the experiences that helped them hone and develop their craft,” BAFTA said.

The series has previously hosted Tom Hanks, Dustin Hoffman, Martin Scorsese, Quentin Tarantino, Meryl Streep, David Fincher and Cate Blanchett, among others. Recordings of previous events in the series are available at http://guru.bafta.org/features/a-life-in-pictures.

Hawke first came to prominence in 1989 in “Dead Poets Society,” since when he has starred in more than 40 films, including “Reality Bites,” “Gattaca,” “Great Expectations,” “Assault on Precinct 13,” “The Purge” and “Woman in the Fifth.” In 2002, his role in “Training Day,” opposite Denzel Washington, earned him an Oscar nomination for supporting actor.

Hawke’s longtime collaboration with filmmaker Richard Linklater has produced “Before Sunrise,” “Before Sunset” and “Before Midnight” trilogy. These were co-written by Hawke, Linklater and Julie Delpy, who secured Oscar nominations for screenplay for the latter two installments. Hawke and Linklater’s most recent alliance, “Boyhood,” began filming in 2002 and was shot intermittently over 12 years chronicling the life of a boy from age six to 18.

Hawke can next be seen in time-travel thriller “Predestination,” with other upcoming features including “Cymbeline,” a contemporary-set adaptation of the William Shakespeare play; “Good Kill,” which screened in competition at the Venice Film Festival; “Ten Thousand Saints,” adapted from the novel by Eleanor Henderson; “Regression,” alongside Emma Watson; and “In a Valley of Violence,” co-starring John Travolta.