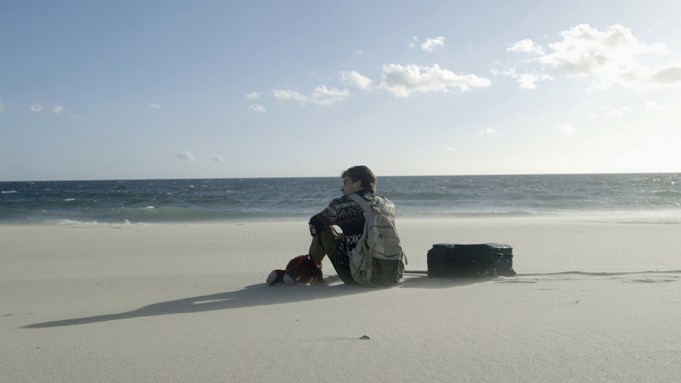 Paris-based sales house Alpha Violet has swooped on world sales rights to “For Some Inexplicable Reason,” the feature film debut of Hungary’s Gabor Reisz that world premieres in the Karlovy Vary Intl. Film Festival’s East of the West competition.

Variety has been accorded exclusive access to “Inexplicable’s” trailer. A lack-of-relationship comedy, “Inexplicable” turns on 29-year-old nerdy Aron, a seemingly vocational zilch, who has a university degree but no job and a first-class broken heart after being dumped by his gorgeous girlfriend. Nobody takes him seriously, he thinks, beginning with his mother who takes it upon herself to write his job applications, for example.

Agonizing over his lost love, for some inexplicable reason Aron constantly seems a bit player in other people’s far more important lives, until he ups and leaves for Lisbon, finds himself, and begins to get his mojo back.

An “unconventional, quirky comedy,” per Alpha Violet founder Virginie Devesa, “Inexplicable Reason” also offers a take on the excruciating emotional agonies of youth and window on to contemporary Budapest: Aron spends much of his time in its bars and wandering about the city.

With echoes of Woody Allen, “For Some Inexplicable Reason” was written by Reisz, who also served as its cinematographer. It stars Aron Ferenczik, Katalin Takacs, Zsolt Kovacs, Zalan Makranczi and Erika Kapronczai. Proton Cinema’s Julia Berkes and Miklos Bosnyak produce.

“By creating a logical and comprehensible film theme, I intended to react against the Hungarian film industry’s strange view of its audience, as if there was no point in trying to connect with anyone in a movie theater,” said director Reisz.

“Only if we create something meaningful, that has a relatable story, can we have a better chance of exporting our film in and beyond our borders,” he added.