Toronto: ‘The Theory of Everything’ Made Stephen Hawking Cry 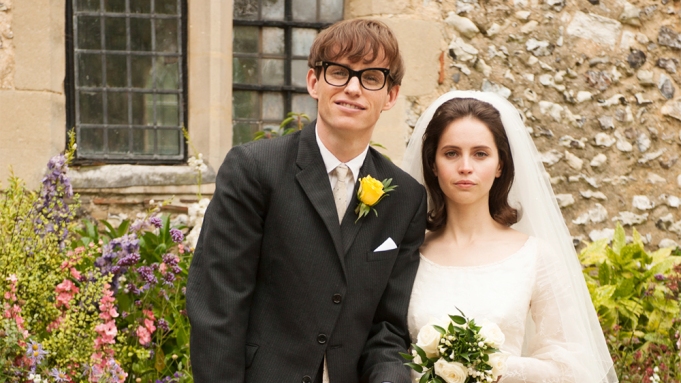 Focus Features’ much-awaited “The Theory of Everything” world premiered at Toronto on Sunday night to the most rapturous standing ovation of the festival so far. The Stephen Hawking biopic starring Eddie Redmayne and Felicity Jones (as his wife Jane Hawking) left not a dry eye in the house.

Director James Marsh introduced the film and joined his stars onstage for an audience Q&A later. Redmayne, who wore a dapper turquoise suit, described the project “one of the most extraordinary, terrifying and brilliantly inspiring experiences of my life. ”

He said he spent six months researching Hawking’s life, watching every scrap of interview footage he could find, and only got to meet the real man five days before filming began.

He was so nervous, he kept blurting out biographical details about Hawking to Hawking, which didn’t exactly impress the world-renowned physicist. As a an ice-breaker, Redmayne even told Hawking them were both Capricorns, to which Hawking responded, “I’m an astronomer, not an astrologer.”

It turns out Hawking has already seen the film. The audience learned that a nurse wiped a tear from his cheek as the lights came up at a recent screening, and he was so touched he gave filmmakers the license to the use audio from his trademark speech synthesizer. Hawking’s stamp of approval came in two simple words—he called the movie “broadly true.”