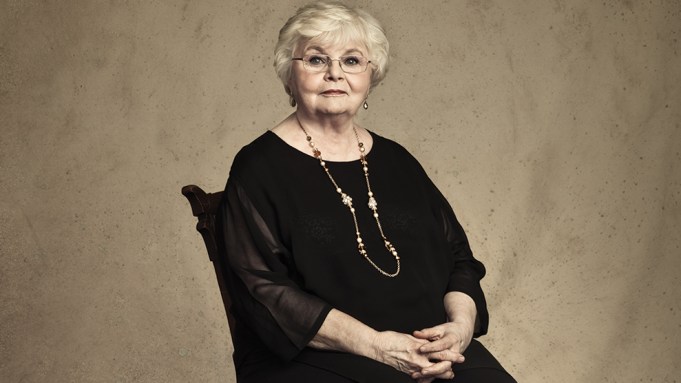 June is bustin’ out all over. The irresistible June Squibb has become a YouTube success thanks to a brief and funny film made for “Jimmy Kimmel Live,” in which she deadpans about her chances of winning an Academy Award.

It’s no coincidence that the clip appeared this week. Campaigning is in overdrive building up to the Feb. 25 close of Oscar voting. The average moviegoer may wonder why in February they watched David O. Russell on “The Daily Show With Jon Stewart” talking about “American Hustle” two months after the film opened. Or why Leonardo DiCaprio was on “CBS This Morning,” while the show featured ads for “Gravity,” which opened in October, or why the L.A. Times entertainment section on Feb. 21 featured a front-page interview with Steve McQueen.

The enthusiastic campaigning is not surprising, because few nominees are considered shoo-ins. And this 11th-hour push makes sense, strategically; it’s like a marathon runner making a surge in the last few miles of the race. A few awards reporters have fretted about overkill, darkly predicting that after a long season, aggressive campaigns could result in voter backlash. I may be naive, but I don’t think Academy members vote for a campaign or against it; they vote for what they think is best.

Campaigning goes back to the earliest days of the Oscar and promotion is part of Hollywood’s DNA. (Full disclosure: Variety gets some money from campaigns, but so do many other news outlets. Besides, I suspect the biggest item on campaign budgets is for TV ads and travel expenses.) Still, “campaigning” has become a dirty word. Filmmakers prefer to say they’re just promoting the film.

Non-industry people are often shocked at the notion. In truth, there is aggressive campaigning for Pulitzers and, for all I know, for Nobel Prizes and Insurance Salesman of the Year awards. But they don’t get much attention from the media. Still, some people tsk-tsk about campaigns, as if June Squibb is holding voters in a hammerlock unless they promise to vote for her.

Squibb is the poster girl for campaigning. By hitting the promotion trail, she gave voters a chance to meet her and realize that the character in “Nebraska” is 180 degrees from her. In other words, she reminded them she’s a real actress. Will her hand-shaking make a difference? We’ll find out March 2, but either way, I hope it gets her a lot of work.

At their worst, campaigns can get ugly. Last year hit the nadir with the mudslinging at “Zero Dark Thirty” and, to a lesser extent, “Lincoln” and “Argo.” But it’s been fairly benign this year. Knock wood.

I personally am ready for the season to be over, but I have only admiration for the folks who still have this much Oscar energy. So, to all you campaigners: Keep goin’! The finish line is in sight. And if June Squibb at age 84 can do it, so can you!