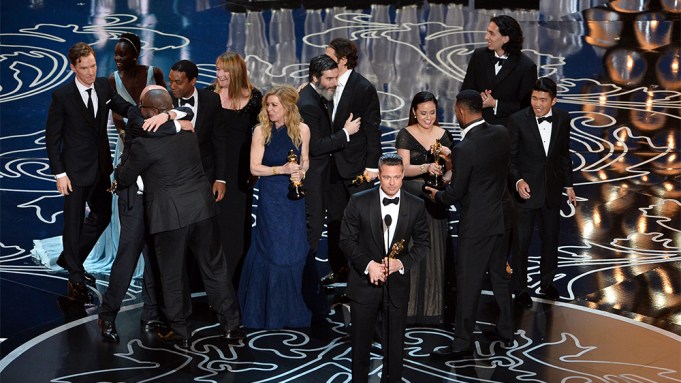 ROME – Italy is ecstatic about Paolo Sorrentino’s “The Great Beauty” scooping the Academy Award for Best Foreign Language Film, which marks its eleventh foreign Oscar and consolidates the country’s status as the world’s winner of the most foreign film statuettes.

France has won nine Oscars in the foreign language category. Italy and France have both additionally won three special/honorary Oscars.

Italy’s Culture Czar Dario Franceschini tweeted his joy calling the Oscar win a “self confidence booster” for the country, while Roberto Cicutto, head of Italy’s film entity and promotional org. Istituto Luce Cinecittà, enthused that “this must be a point of no return,” for the international visibility of Italian movies.

The foreign Oscar for Sorrentino’s tribute to Rome’s decadence and magnificence amid Italy’s current political and economic paralysis, follows a 15-year dry spell for Italian cinema at the Oscars. The last Italian film to win an Academy Award was Roberto Benigni’s “Life is Beautiful,” which scooped three Oscars in 1999, including best foreign film.

“Beauty” is Sorrentino’s sixth feature. The 43-year-old Neapolitan helmer’s career started in 2001 with “One Man Up,” a dual plot line drama in which thesp Toni Servillo plays an ageing crooner. Servillo, who has since become the helmer’s male muse, has also starred in Sorrentino’s “The Consequences of Love,” and “Il Divo,” besides “Beauty,” of course. In “Beauty” Servillo plays a novelist/journalist with writers’ block on a Dantesque descent amid the Eternal City’s grotesque glitterati and the country’s malaise and cultural impasse.

All Sorrentino’s pics have been produced by Francesca Cima and Nicola Giuliano’s Rome shingle Indigo Film. “Beauty” was co-produced by Indigo with France’s Babe Films, Pathe Prod., and France 2 Cinema, and co-financed by Medusa.

Ironically, “Beauty” has split critics in Italy where some prominent dailies, such as “Corriere della Sera” and “La Stampa,” gave it the thumbs down, after it’s Cannes bow in May 2013. La Stampa’s Alessandra Levantesi Kezich wrote that Sorrentino’s pic was made of “grotesque fragments of a puzzle that does not come together in a unified whole.” Many Italians consider it a Berlusconi-era update of Fededrico Fellini’s “La Dolce Vita,” and some have been irked by Sorrentino’s references in the pic to Fellinesque tropes which they held sacred.

‘“La Dolce Vita” was a masterpiece, mine [my work] is a movie,” Sorrentino said at the Cannes presser, and has repeated this line in many interviews since then.

In his Oscar acceptance speech Sorrentino thanked Fellini,  the Talking Heads, Martin Scorsese, and former Argentine player Diego Armando Maradona as his sources of inspiration. Sorrentino also thanked the cities of Rome and Naples, and his family.

“Beauty,” which swept the foreign film categories at the Golden Globes and at Britain’s BAFTA’s – and was also the big winner at the European Film Awards – went on release in Italian movie theatres on May 21, 2013, the day after its Cannes bow. It has pulled a strong roughly $10 million since then at the home box office via Medusa, the movie unit of Silvio Berlusconi’s Mediaset TV empire.

Italo exhibbers have been fuming about Mediaset’s decision to air “Beauty” for millions of Italians on free TV shortly after the Oscars because they were eager to capitalize on its positive Oscar prospects. Mediaset, which is the country’s top commercial network, is also breaking with the Italian practice of a roughly two-year window between a title’s theatrical release and its free-TV bow. However in Italy this window is a gentleman’s agreement and is not cast in stone. Mediaset has not commented this distribution dispute.

Sorrentino’s next pic will be Michael Caine-starrer “In The Future,” details of which are being kept under wraps.

“In The Future,” which Indigo will produce, will mark Sorrentino’s second English-language pic after his 2011 “This Must The Place,” which toplined Sean Penn as an aged rock star-turned-Nazi hunter.

“This is the first time in 40 years that the opening film in Venice has won so many Oscars,” boasted Barbera in a statement. “A triumph that confirms the Venice Film Festival as one of the most prestigious opportunities for internationally launching and promoting the most important films of the season. We are proud of this result and grateful to Warner Bros. for believing in the Festival,” he added.