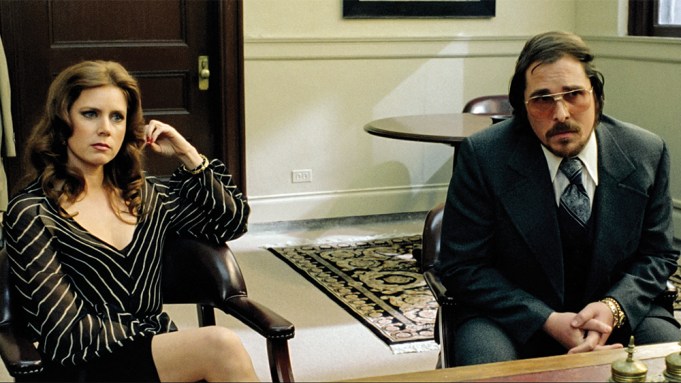 What a difference a year makes. 2012’s best picture nominees tended to look on the salvageable side of life. “Les Miserables,” “Lincoln,” “Life of Pi,” “Beasts of the Southern Wild” and certainly winner “Argo” all suggested there exists a “Silver Linings Playbook” that can make even the worst problems right.

But if reassurance was 2012’s watchword, disturbance was in the air in 2013. The year’s contenders all set their sights on sources of contemporary anxiety, defying us to close our eyes to big issues or engage in the happy fiction of easy answers.

It’s as if Hollywood’s collective unconscious somehow decided to comprehensively examine current pain points in order to follow Carl Jung’s prescription: “Find the psychic wound, and you can find the path to healing.”

Identifying historical wounds is the business of “12 Years a Slave,” which took heat for its brutal recreation of plantation punishments. Yet it successfully combats previous depictions of antebellum America as anything other than hell on earth. Similarly, any sense of early AIDS sufferers as passive victims is challenged by “Dallas Buyers Club,” with its vigorous portrayal of active resistance to a heedless, sexually backward government.

Institutional puritanism also plays a key role in “Philomena,” whose heartbreaking true story might have turned out very differently had an unwed mother not been branded a pariah and shamed into surrendering her child.

Lighthearted narratives can prompt serious contemporary resonances. Futuristic romantic comedy “Her” inevitably conjures up NSA data collection, and the potential mischief if everything known about a person ended up in a universally accessible cloud (especially one sexily voiced). “Nebraska,” a loving fable about a fractured family’s reuniting, also comments on the soul-killing effect of the American Dream in the Heartland, where rewards once accruing to proud, hard work now seem to hinge on chance or outright chicanery.

Two broad period satires extend that sense of the American con game to entire eras. The heartless dance among petty crooks in and out of government, while the real supervillains get away with murder, is set squarely in the 1970s in “American Hustle.” Polyester gives way to Armani and disco to hip-hop by the time “The Wolf of Wall Street” is on the prowl, but the same rat bastards are still pulling the wool over our eyes.

Even genre pictures can be leavened by a pointed world critique. Bubbling beneath the suspenseful surface of “Captain Phillips” is a keen awareness of conditions driving many in the Third World to acts of desperation. A different desperation — to survive in the emptiness of space — brings existential questions of life’s purpose and meaning into our orbit during “Gravity.”

But it’d be wrong to say the year’s contenders leave us writhing in despair.

Quite the contrary: A man in bondage returned to his family or sitting behind the wheel of a new truck, or a woman deposited at last on land, all promise the uplift of which Jung conceived when he averred: “Whatever your psychic wound is, is also your entrance into heaven. Your power is on the other side.”