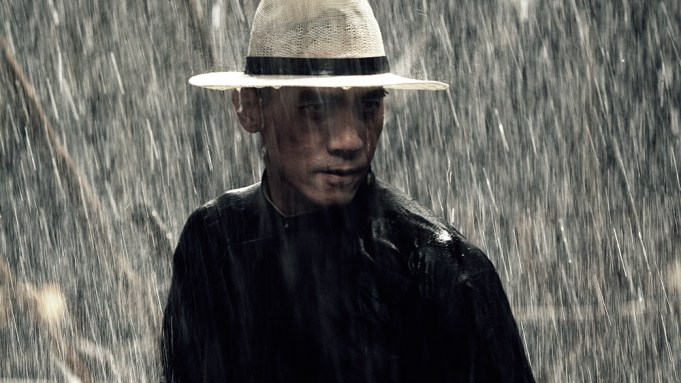 The 3D version will be given a wide release by its Chinese distributor Bona Film Group, some 21 months after the original film went out in conventional 2D and Imax formats. Starring Zhang Ziyi and Tony Leung Chiu-wai, the film earned Academy Awards nominations for  costume and cinematography.

Conversion is being handled by Vancouver, Canada-based Gener8 Media, which previously handled stereoscopic work on “300: Rise of an Empire,” “Godzilla,” and “The Amazing Spider-Man.”

Wong, known for his painstaking working methods, is reported to be “100% present and hands on.”

“We had originally planned to film ‘The Grandmaster’ in 3D not only for the cinematic sensation, but also for the subtlety of the expression of this beautiful story,” Wong said. “We now have the opportunity to show the film as it was always intended – searching for a brand new aesthetic or cinematic language in the 3D format.”

“This is likely to be a special edition, probably resembling the so called U.S.-cut, but with added unseen footage,” said Jeffrey Chan COO of Bona. “Now that many people have seen the film everyone can tell that that there is far more material, and a broken narrative.”

The film has already been presented in at least three versions: the first, which was used for mainland Chinese release in January 2013; a second one, which opened the Berlin festival the following month; and a shorter, more linear cut for U.S. audiences, which Wong and distributor Harvey Weinstein worked on together.

Stereoscopic conversion was contemplated before its release, so too was releasing the film in two parts, but plans were abandoned due to time constraints.

“We thought the original release was a bit of a rush, we were under pressure from one of the investors to release at a certain time, and we feel that the marketing was not optimal,” Chan said. “Since then, of course, the film has proved its quality and earned huge acclaim, leading us to believe that there is unfulfilled demand.”

Whatever the releasing shortcomings, “The Grandmaster” went on to become Wong’s biggest box office film in his home markets of China and Hong Kong. In mainland China it grossed 312 million yuan ($50.6 million) and in Hong Kong $2.75 million. It then cleaned up in numerous awards shows, gathering six Golden Horse Awards, seven Asian Film Awards and 12 Hong Kong Film Awards.

Current plans are only for a release in mainland China, but Bona said it will respond if there is interest from other territories.

As is by now typical of Wong films, production over-ran – Leung also broke both arms mid-shoot – and went over budget, reportedly ending up at $38 million. That allowed Megan Ellison’s Annapurna Pictures to step in as a financier.

International rights to the film were handled in many territories by France’s Wild Bunch, in key Asian territories by Fortissimo Films, and in smaller Asian markets by Mei Ah Entertainment. The Weinstein Co. acquired U.S. and English-speaking Canada rights from Annapurna, and U.K., Australia and New Zealand licenses from Wild Bunch.