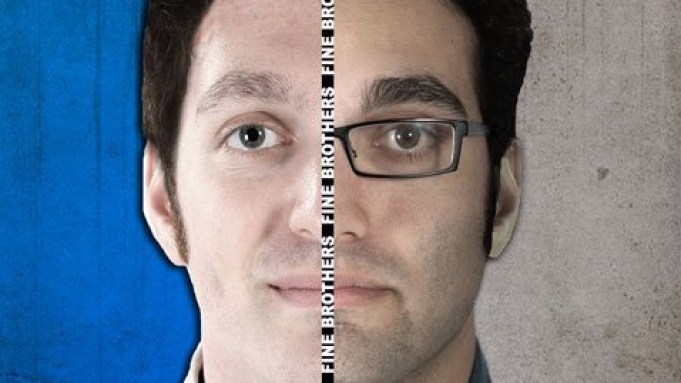 YouTube comedy duo The Fine Bros., who run one of the biggest channels on the video site, have debuted a new “React” channel that will run programming five days a week and incorporate talent from all of their shows.

The channel, at YouTube.com/react, will include original content — in new formats — featuring more than 100 cast members from Fine Bros.’s Elders React, Teens React and Kids React series showing people’s responses as they watch viral videos. The marquee “React” series will continue to post twice weekly on their main channel, which has 9.3 million subscribers.

“What drives us is what drives anyone: We want to create and share content with people,” said Benny, 33, who started posting videos on YouTube in 2007 with his brother, Rafi, 31. “We have a big audience, and the end goal is not just to make a living but to grow into a big media company.”

Their company, Fine Bros. Entertainment, currently has 13 full-time employees based in Burbank, Calif.

In another project, the company is in production on a 13-episodes series for Viacom’s Nickelodeon, “ReactToThat,” also based on the franchise. Fine Bros. are producing the show in conjunction with actor-comedian-rapper Nick Cannon.

According to Rafi, the two Brooklyn natives still work “18 hours a day, seven days a week” as they launch new projects. “Instead of slowing down, we’re saying, How far can a company that could never have existed in the old system go?” he said.

Like other YouTube creators, the Fine Bros. earn money through advertising on the site as well as from brand sponsors. (They declined to disclose revenue, but said their main channel garners more than 100 million views per month.) The company has created branded content for Universal Studios’ “A Million Ways to Die in the West,” AMC’s “Halt and Catch Fire,” Friskies cat food and Audible. “We have a series that is something brands can be organically integrated into,” Benny said.

The Fine Bros. are affiliated with YouTube multichannel network Fullscreen. They are repped by WME and managed by Max Benator.