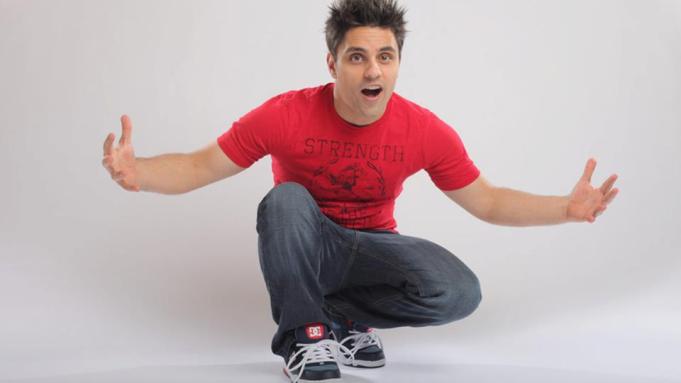 Ray William Johnson, who rose to Internet fame with his long-running YouTube comedy series “Equals Three,” has selected a new host for the show: Robby Motz, a 20-year-old theater student who’s never been on YouTube until now.

Johnson produced and starred in “Equals Three,” a short-form program riffing on Internet-trending topics, since launching it in 2009. This March, he announced that he was retiring from the show — and on Tuesday, he revealed the choice of Motz as his replacement.

“I’m replacing myself in the online space,” Johnson told Variety. The show was slated to return Tuesday on his channel at YouTube.com/RayWilliamJohnson, which has 10.6 million subscribers. (Update: Motz’s debut episode, above, went live Wednesday; Johnson tweeted that the delay was because he was training a new editor.) Each week, two new episodes will be posted (on Tuesdays and Fridays).

Johnson said he and his team solicited talent agencies for candidates to host the show and reviewed 1,000 applicants. He picked Motz, a native of L.A., because of the aspiring actor’s strong performing and improv skills.

“We really like him and thought we’d change his life,” Johnson said. “He’s charming, good at performing and he seems smart.”

In addition, he felt that Motz had a thick skin — a necessary trait in the YouTube game because of “the backlash you get online,” Johnson said. “It’s hard to perform right out of the gate and have people call you the most horrible things humans can call you.”

This spring Motz finished his freshman year at Muhlenberg College in Allentown, Pa., where he was studying theater, and threw his hat into the ring for “Equals Three” along with auditioning for a few other projects. With the one-year contract to host the show, Motz is taking a leave of absence from school and “is delighted to be the choice,” said Terrie Snell of TalentINK, which is repping him.

Until Motz gets up to speed on “Equals Three,” Johnson will be writing and directing the show, which is shot in a small studio in Culver City, Calif. Johnson said the show “is not going to change, but it may evolve with his sense of humor.”

Johnson, who is repped by The Gersh Agency, will appear in indie road-trip pic “Who’s Driving Doug” with RJ Mitte (“Breaking Bad”) and Paloma Kwiatkowski (“Bates Motel”). Shooting in L.A. and Las Vegas for the film, produced by Katz Agency, recently wrapped and the release is eyed for an early 2015 debut. Johnson has plans for other digital-video initiatives, but said it’s too early to discuss them.

On Monday, Johnson had teased the arrival of the new host in a tweet:

The 1st ep of the new season of @EqualsThreeShow has officially started filming! Out tomorrow Jul 15! @RayWJ pic.twitter.com/BE4JwV916H