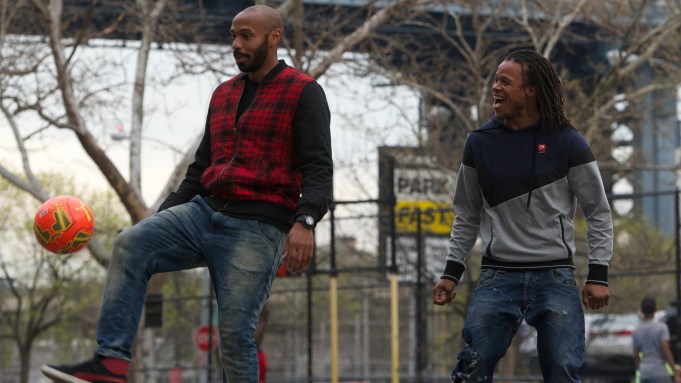 Xbox Original Studios will launch its street soccer-themed “Every Street United” series on June 15, as a way to tap into the buzz surrounding the World Cup in Brazil.

The reality show revolves around iconic soccer players Thierry Henry and Edgar Davids as they travel to the United States, England, Argentina, Spain, Brazil, the Netherlands, Ghana and South Korea to uncover the best street soccer players from around the world.

Show aims to capture the passion from the players and their personal stories about the game as they train and prepare for Brazil.

The show is Microsoft’s first push to launch a slate of original programming, overseen by former CBS chief Nancy Tellem through Santa Monica, Calif.-based Xbox Entertainment Studios, that will be available on Xbox Live on the Xbox videogame consoles and Microsoft’s mobile devices.

To release the show, an app has been created for “Every Street United” that will app on the Xbox One and Xbox 360 that provides interactive features tailored to each episode.

Those include the ability to vote, search through scenes, unlock achievements and activities and watch bonus footage.