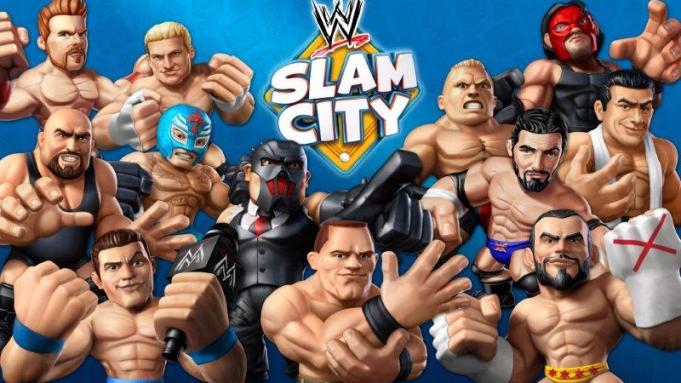 After bringing its Hot Wheels brand to life with a kids series, Mattel’s in-house studio Playground Productions is looking to attract a younger fanbase to WWE with “Slam City,” a new animated series and toy line.

The first batch of 26 episodes, produced in a stop-motion animated style, are available as two-minute installments on WWESlamCity.com and Maker Studios’ YouTube channel Cartoonium in the U.S., Canada, and the U.K.

The rest of the show will stream on the WWE Network, Mattel.com, Hulu, AOL On, Vudu, iTunes, Kabillion, Google Play, and Sony, Microsoft and Nintendo’s videogame consoles.

In “Slam City,” WWE’s roster of wrestlers are fired by new character The Finisher and forced to find day jobs in Slam City. John Cena becomes a car mechanic, while Randy Orton is a zookeeper, Sheamus is an usher in a movie theater and Alberto Del Rio is a barista in a coffee shop.

Accompanying toy line includes action figures and playsets, sold at most major retailers, while licensed “Slam City” merchandise will also include apparel, back-to-school accessories, books, graphic novels and home videos by the end of 2014. A “Slam City” mobile game, as well as health and beauty items, home goods, party supplies and stationary will be available starting next year.

“WWE Slam City is a multi-platform property that takes our superstars out of the ring and introduces them to kids through entertaining and action-packed animation,” said Michelle Wilson, WWE’s chief revenue and marketing officer. “This strategic initiative is perfectly complemented through our partnership with Mattel and adds to an already dynamic portfolio of content designed to create lifelong WWE fans.”

While WWE had the second-best selling action figure line in the U.S. last year, overall sales in the toy category have declined. Mattel sees series like “Slam City” as a way to reverse that trend by creating storylines kids can connect with and then want to re-enact.

At the same time, new content gives WWE another way to boost a fanbase of 3 million that represented 20% of its overall audience last year.

“‘Slam City’s’ multi-platform animation engages kids where they are today with a unique larger-than-life superstar-inspired storyline that’s authentic to WWE,” said David Voss, senior VP, Playground Prods for Mattel. “We worked closely with WWE to ensure our style and storytelling complimented the brand, and really tapped into our creative expertise to produce a playful narrative that both kids and fans enjoy.”

WWE is also courting kids through this year’s “Scooby-Doo WrestleMania Mystery” animated feature and a follow up “Flintstones” toon with Warner Bros., and ABC Family TV movie “Christmas Bounty.” Company also reaches families through its support of the Make-A-Wish foundation, anti-bullying initiatives and partnerships with brands like Kraft Foods, Frito-Lay and Post Foods.