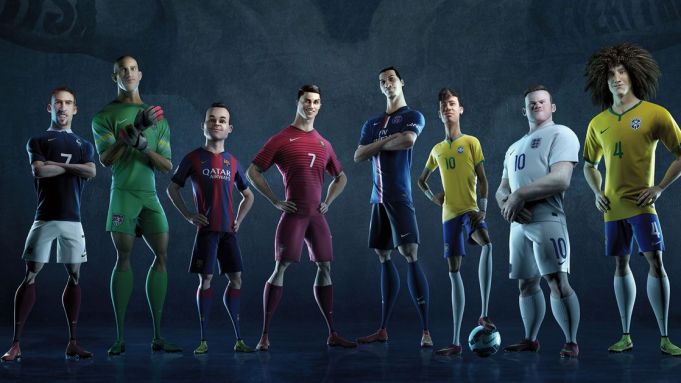 With more than 53 million views on YouTube, Nike has a breakout hit with its animated short “The Last Game.”

The animation is well produced, the world is bright and detailed, while the characters arw slickly designed with hyper elongated bodies. It’s a look that worked well for the characters of Disney XD’s “Tron: Uprising,” and translates successfully for Nike’s athletic characters. Overall, there’s a lot to work with, especially with its storyline of a scientist who wants to engineer the fun out of soccer — ironically by making uniforms.

While “Game” is meant to promote Nike’s new soccer app, launching July 10, the sports wear giant finds itself in an interesting position.

As it’s gained a massive online audience for its “Game,” — without much fanfare or marketing — Nike now has the opportunity to turn the promotion into a digital series that could stream exclusively through the app.

“Angry Birds”-creator Rovio similarly turned animated shorts featuring its flock of characters into a series after it generated 1 billion hits; episodes are distributed through its ToonsTV digital platform, which also features content from Hasbro.

With its upcoming soccer app, Nike will also have a similar digital channel through which it can offer up original entertainment.

Nike has created four sites for its Nike soccer app — one for the U.S., and others for Brazil, Latin America and the rest of the world.

As Nike looks to grow the soccer side of its business, the success of “Game” now gives Nike a strong following among younger audiences — something every marketer always wants at a time when consumers are more distracted than ever by entertainment options. Through “The Last Game,” it now knows it has a captive audience. And with soccer’s huge fanbase, it has a digitally savvy audience ready to watch more of its elongated stars featured in the “Game.”

Of course, Nike’s main mission is to sell shoes, apparel and sports accessories. But as marketers take advantage of new digital opportunities to reach consumers, branding and entertainment will continue to blur and give companies like Nike the opportunity to be more like Red Bull and sell a lifestyle rather than just merchandise.

Nike already has been doing that over the years with its swoosh symbol and slogans like “Just Do It.” Now with its “Risk Everything” soccer-themed pitch, the company has the chance to prove whether it can be just as big of a player in the online entertainment space with “The Last Game,” as well.

Of course, Nike would have to get the approval of each player featured in the short to continue portraying themselves in the show. And that could become costly, even for Nike.

But what Nike does next will determine whether the company has the smarts to capitalize on “The Last Game” as an online hit or miss out on one of those rare opportunities that other companies have taken advantage to as they try to connect with a new generation of consumers.

The ball’s now in Nike’s possession.