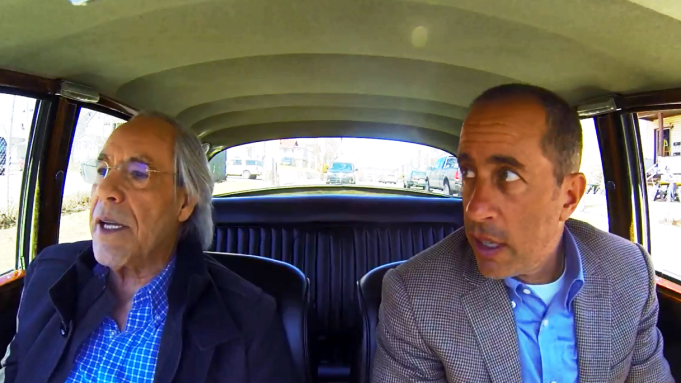 Sony Pictures Television’s Crackle will debut season four of “Comedians in Cars Getting Coffee” from Jerry Seinfeld on June 19.

The series, the digital network’s biggest hit, returns with guests including Aziz Ansari, Robert Klein, Sarah Jessica Parker, Jon Stewart and George Wallace. In the shortform show, Seinfeld chats with the comedians in coffee shops and they drive around in classic autos to unlikely locales.

Last month Crackle announced that “Comedians in Cars Getting Coffee” will add on 24 new episodes, taking the series through season nine, all sponsored exclusively by Acura.

Since its debut in July 2012, “Comedians in Cars Getting Coffee” has been viewed more than 40 million times. The series earned Seinfeld a Primetime Emmy nomination in the Outstanding Special Class – Short-Format Nonfiction Programs category as well as the 2014 Webby Award for Best Individual Performance.

Seinfeld is exec producer of “Comedians in Cars Getting Coffee,” which is produced by Sony Pictures Television’s Embassy Row.