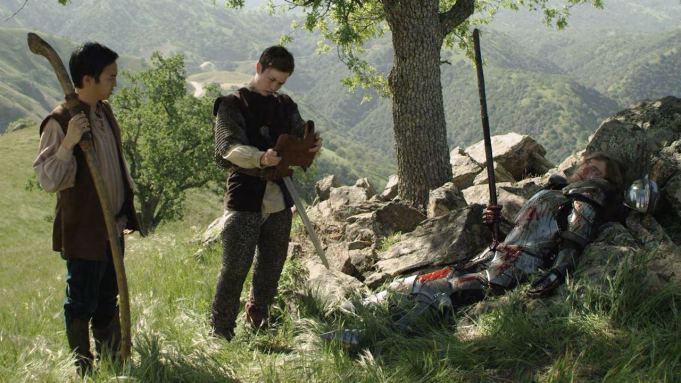 “Video Game High School,” the action-comedy web series that became a YouTube hit, will bow its third and final season on Monday, Oct. 13.

Season three of “VGHS” will again be available free on YouTube, with each of the six episodes launching weekly. But this time around, superfans of the show — set in a world where pro videogaming is the world’s No. 1 spectator sport — will be able to pay to binge-watch the full season out of the gate: Season three will be $12.99 for all six episodes or $2.99 per episode, available to purchase on Vimeo to be followed by Google Play and Xbox Video.

“For sure, I think we’ll get more (revenue) from digital downloads, given the (advertising) rates on YouTube,” said Freddie Wong, co-founder of RocketJump who created “VGHS” with Matt Arnold.

For YouTube, “VGHS” is representative of the kind of higher-value programming it wants to promote to Madison Avenue. “Video Game High School” is currently featured in a Google ad campaign that includes digital, TV, print ads and billboards in New York, L.A. and Chicago.

The first two seasons of “Video Game High School” have racked up more than 84 million views on YouTube. Now that the franchise has a sizable fanbase, Collective Digital Studio, which produced season three along with RocketJump, decided to try a transactional distribution model. Beyond the initial window on YouTube and download-to-own sites, CDS and RocketJump are exploring other licensing deals, including international syndication and subscription VOD (the first two season of “VGHS” have been licensed by Netflix).

With the bigger budget, the final season of “VGHS” has better visual effects, Wong promised — including an explosion fueled by 200 gallons of gasoline. Still, he noted, “it’s very low budget for an action movie.” Wong is a longtime YouTuber who converted his freddiew channel into the official YouTube home of Rocket Jump, with 7 million subscribers.

The series follows the adventures of pro gamer Brian D (Josh Blaylock) and his friends at Video Game High School, an elite competitive gaming academy, with a mix of drama, comedy and big explosions. “VGHS” season three will feature cameos from latenight host Conan O’Brien and skateboarder Tony Hawk along with other guest appearances.

“From a story perspective, it was the natural end of the arc,” Wong said, explaining why season three is the last installment. Also: “We didn’t want to have 40-year-old high school students.”

“VGHS” season three was shot in Southern California, including at YouTube Space LA and in the Mojave Desert, in February and March 2014.

RocketJump’s next big project is “Dimension 404,” being produced under its pact with Lionsgate, which Wong described as “a ‘Twilight Zone’ for the modern digital age.” (On the web, a “404” error means the requested page can’t be found.) The companies haven’t determined if the half-hour series will debut first on TV, or on digital platforms.