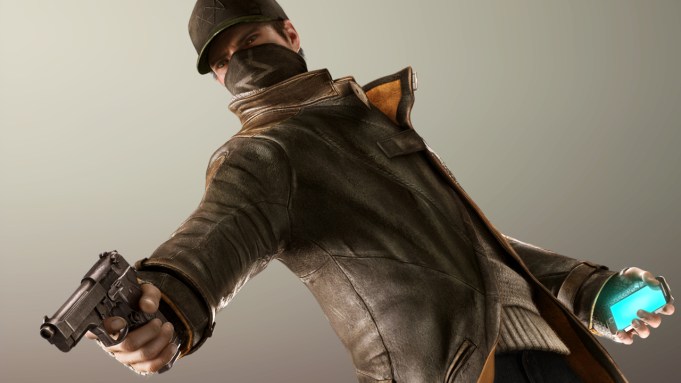 Has the videogame industry finally figured out how to promote its tentpole titles to the masses?

Publishers have long known how to court hardcore gamers with new releases — hyping them through publications and blogs like Game Informer and Kotaku, YouTube stars like PewdiePie or networks like Machinima — but when it comes to everyone else, they always seemed like an afterthought.

There is a reason for that: the 34 million gamers that make up the “lifeblood” of the industry and open their wallets for virtually every major new release. Make them happy and they’ll keep coming back for more.

The trick is getting everyone else interested. That’s especially important as sales for the games biz are flat this year with 2013 at this time at around $3 billion, according to NPD Group.

As companies like Sony and Microsoft look to recoup the costs of their newest videogame consoles and turn the PlayStation 4 and Xbox One into hubs for all forms of entertainment in livingrooms, publishers have the opportunity to go along for the ride and pump up new game properties they hope will turn into the next big franchises. While studios are relying on reboots, remakes and sequels, gamemakers are actually trying something new for a change.

Ubisoft is doing just that with “Watch Dogs,” an expansive open-world game that’s not based on an existing book, movie or TV show — although the company’s film division already has a movie in development at Sony with New Regency on board to produce.

Before it gets you to watch it, however, Ubisoft needs for you to want to play it first.

The “Watch Dogs” marketing campaign started off in a traditional way, by introducing the property and the game’s first footage at E3, the industry’s annual headline-generating convention in Los Angeles.

But as the game nears its May 27 release date, Ubisoft is getting a little more creative with its marketing efforts.

In “Watch Dogs,” gamers play as Aiden Pearce, a brilliant hacker and former thug who taps into Chicago’s electrical grid to access security cameras and control traffic lights and use citizen’s mobile phones to enact revenge on targets.

To bring that to life, the French game company has produced an impressive series of videos that should provide some guidance for other marketers looking to broaden the reach of their own titles.

For example, in a nearly 10-minute “101” trailer, Ubisoft breaks down the characters, expansive world and innovative gameplay featured in “Watch Dogs.” The detailed walkthrough uses the right tone to speak to non-gamers and not in a condescending hand-holding way. It reveals a lot while still providing a tease. Better yet, it introduces a world worth spending time in — something that’s key when asking consumers to spend $60 on a new game that has not yet proved itself as a viable property.

In another video, Ubisoft goes the stunty guerilla marketing hidden camera route that was embraced by theatrical releases like “Carrie” and “Devil’s Due.” In “Amazing Street Hack” — featured above — visitors to a mobile phone store are tricked into believing they can control in-store lights, ATMs and area traffic lights using their smartphones. The visual stunt, produced by BETC Paris, recreates every hack that Pearce is able to do in the game, including steal a car.

Again, the hilarious short, which has now been viewed over 8 million times on YouTube, as of May 20, introduces “Watch Dogs” to more than just core gamers and effectively presents the game’s hacking conceit in a clever way while delivering another form of entertainment at the same time.

In Ubisoft’s latest video, the gamemaker has turned to filmmaker Devin Graham to produce a live action sequence using athletes skilled in parkour running to enact an action sequence that players might experience in “Watch Dogs.” Graham also directed a parkour-themed video for the latest “Assassin’s Creed” game.

And the gamemaker has paired up with Vice’s Motherboard to produce a three-part documentary series, “Phreaked Out,” where it delves into the world of hacking, inspired by “Watch Dogs,” of course (see trailer below).

Remember, all of these work because as opposed to a traditional trailer, the videos are another form of entertainment — another form of storytelling that happens to sell a product all at the same time. Some might say, that’s the ultimate example of branded entertainment.

Ubisoft has had some time to play with its marketing.

“Watch Dogs” was meant to come out in November 2013, but was bumped to May in order to improve gameplay, but also get away from tentpoles like “Grand Theft Auto 5” and “Call of Duty: Ghosts,” which stole much of the industry’s sales thunder during their launches.

The delay and campaign seem to be paying off for Ubisoft.

“Watch Dogs” already has become the most pre-ordered game of the year (with more than 800,000 sales), and could top sales of Ubisoft’s original “Assassin’s Creed,” which has gone on to become a major franchise for the company — and also has a film in development with Michael Fassbender set to star.

Ubisoft announced this week that “Watch Dogs” has one gold before its release, and Ubisoft expects to sell 6.3 million copies this year.

“There is massive buzz in all of our stores around ‘Watch Dogs,'” GameStop’s senior VP of merchandising Bob Puzon said in a statement. “Based on the current level of customer pre-orders we have received, ‘Watch Dogs’ is the highest pre-ordered next-gen title to date and most pre-ordered new IP of the year.”

Now comes the true test: Is the game any good?