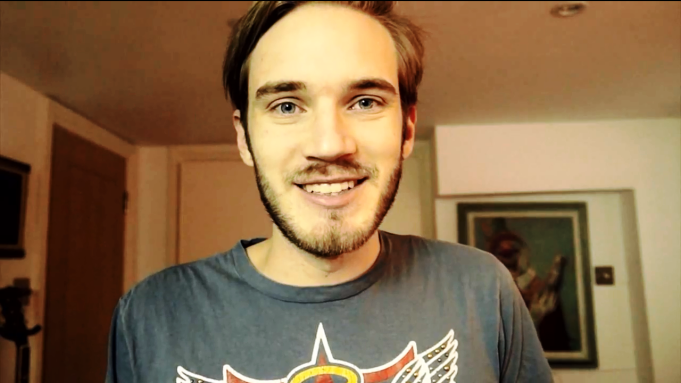 Comedy Central is hoping some of YouTube megastar PewDiePie’s 32 million fans will actually turn on the TV to catch his cameo in this week’s episode of “South Park.”

PewDiePie — the nom-de-tube of Swedish vlogger Felix Kjellberg — runs the most-subscribed individual channel on YouTube, mostly comprising him narrating the action as he plays videogames. The 25-year-old, who raked in $4 million in revenue on YouTube in 2013, is currently affiliated with Disney’s Maker Studios.

The cable channel, with its usual irony, is plugging PewDiePie’s guest appearance in the new “South Park” episode “#Rehash” as the show’s “biggest celebrity cameo… ever.” Celebs who have lent their voice talents to the show in the past have included George Clooney, Jay Leno, Ozzy Osbourne, Elton John, Jennifer Aniston, Brad Paisley and Bill Hader.

In the segment, airing Wednesday on Comedy Central, Kyle can’t figure out why Ike and his friends want to watch people comment on things going on around them rather than experiencing it for themselves. Meanwhile, the Marsh family needs money after Stan spent it all on freemium games, so Randy is forced to perform live to bring in some cash.

For now, neither PewDiePie nor Comedy Central are tipping their hands about what happens in the episode. “It should be amazing,” Kjellberg says in a video posted on his channel Tuesday. “I don’t know exactly what it’s going to be, but I’m so f—ing excited for it.”

The “#Rehash” episode will premiere Wednesday, Dec. 3, on Comedy Central at 10 p.m. Eastern. As with other current-season “South Park” segments, it will be available for free streaming Thursday on the South Park Studios website and Hulu.

This summer, Hulu cut a three-year deal with South Park Digital Studios, a joint venture between Viacom and “South Park” creators Trey Parker and Matt Stone, under which the Hulu Plus subscription service is now the exclusive online-streaming home for all past seasons of the long-running toon.

Both Hulu and SouthPark.cc.com have day-after-air access to new episodes from the current season 18. In addition, each of the sites will offer a revolving selection of 30 free episodes from prior seasons.