VIDEO: Shane Dawson Talks About His Next Project 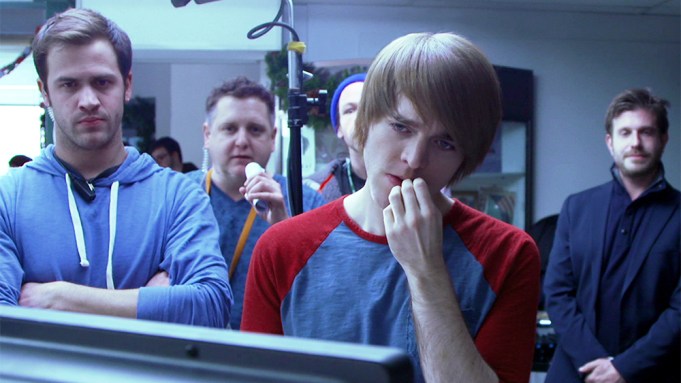 Shane Dawson, a prominent YouTuber with 12 million-plus subscribers across his three channels, is a case study in the strategy of trying to extend digital fame into bigger-ticket entertainment projects. He is making a movie commissioned by Starz for its upcoming docuseries “The Chair.” The premium cabler’s series, premiering Sept. 6, follows Dawson and another filmmaker, Anna Martemucci, who were given the same script—and viewers will vote on whose movie will win the $250,000 prize.

For Dawson, breaking into movies and TV came after six years of nonstop work producing “funny, crazy comedy that has kind of a message for teenagers” on a weekly basis, he said. “Everybody else on YouTube says, ‘I just stumbled into it.’ I really wanted to make movies. I have wanted to be a filmmaker since I was 10.”

Starz gave Dawson a budget of about $600,000 for his film, “Not Cool,” which he filmed in Pittsburgh earlier this year—far more coin than he’s ever had at his disposal to create something.

Chris Moore, exec producer of “The Chair,” met Dawson at the urging of his teenage goddaughter. “She said, ‘You gotta watch his videos!’” said Moore. “I think he’s talented. He’s telling stories, and tries to have you engage—he’s not just a dude playing videogames.”

As for Dawson’s gigantic social following, which media companies typically drool over as a huge promotional plus, for the reality-competition show it was a big negative, Moore said. That’s because the inevitable perception “is that Shane is going to win hands on because he has millions of fuckin’ fans,” he said. “We really did not want to do that, because it is going to be some amount of social media interaction that determines the winner.” (Martemucci, the other filmmaker in “The Chair,” had a meager 6,300 subscribers to her movie’s YouTube channel as of late July.)

That said, Moore added: “Obviously I’m not going to sit here and deny that having Shane’s audience is going to help with marketing it. Of course it is.”