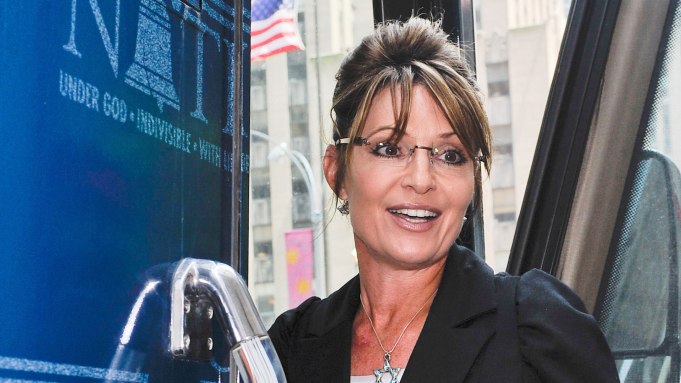 Sarah Palin — former governor of Alaska, erstwhile candidate for VP of the U.S. and polarizing public figure — has unveiled a new subscription-based Internet TV network that promises direct access to her and her supporters.

The Sarah Palin Channel, which costs $9.95 per month or $99.95 for a one-year subscription, will feature her commentary on “important issues facing the nation,” as well as behind-the-scenes looks into her personal life as “mother, grandmother, wife and neighbor.” Palin serves as executive editor, overseeing all content posted to the channel.

“I want to talk directly to you on our channel, on my terms — and no need to please the powers that be,” Palin, who is also a Fox News contributor, said in a video announcing the channel. “Together, we’ll go beyond the sound bites and cut through the media’s politically correct filter.”

Palin is producing the channel in partnership with Tapp, the online-video venture formed by Jeff Gaspin, former chairman of NBCUniversal Television, and Jon Klein, former president of CNN U.S.

Subscribers to the Sarah Palin Channel will have the ability to post their own videos to the website, submit questions to her, and participate in online video chats with her and other subscribers. The site includes a national debt ticker, and a countdown clock showing the number of days left in President Obama’s second term.

Active U.S. military members can subscribe free of charge, according to Tapp. For both monthly and yearly subscription plans, the first two weeks are free and users can cancel at any time during the trial period.

Other TV personalities that have jumped to the Internet include ex-CNN host Larry King, who now has an online talk show produced with Ora.tv, and Katie Couric, who joined Yahoo as global news anchor. Paula Deen, who lost her show on Food Network after racial comments that she made came to light, is planning to launch her own cooking channel online this fall.