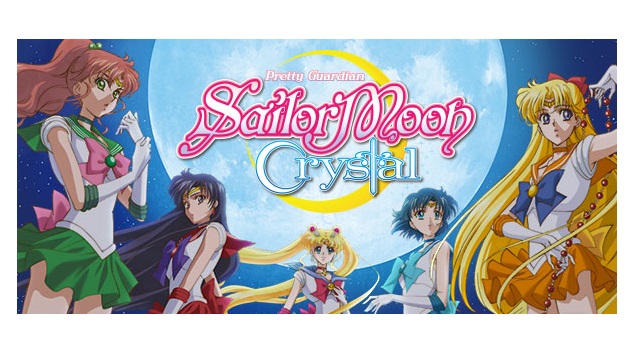 The new “Sailor Moon Crystal” series, the latest installment of the classic anime franchise, will be available on Hulu and Hulu Plus starting July 5.

The Internet TV site has rights to “Sailor Moon” under a pact with Viz Media, which also is streaming the “Crystal” series on its anime website, NeonAlley.com. Hulu and Viz Media last month began streaming uncut and remastered episodes of the original “Sailor Moon” series. The new series is available at Hulu.com/sailor-moon-crystal.

“Sailor Moon Crystal,” subtitled in English, will debut in North America at the same time as streaming premiere in Japan. Future new episodes will debut on the first and third Saturday of each month. The new series retells the story of Sailor Moon — a clumsy but kindhearted teenage girl who transforms into the powerful guardian of love and justice — as she searches for her fellow Sailor Guardians and the Legendary Silver Crystal to stop the dark forces of Queen Beryl.

“Fans everywhere have eagerly awaited the launch of the new ‘Sailor Moon Crystal’ series, and we are very excited to announce its premiere on Neon Alley and Hulu starting next month,” said Charlene Ingram, Viz Media senior manager of animation marketing. “More than two decades after it first captivated millions of fans, the smash hit story of the valiant sailor guardians returns in a big way to thrill a whole new generation of viewers.”

Hulu Plus subscribers can watch the “Sailor Moon” shows on a devices including Microsoft’s Xbox One and Xbox 360, Sony’s PlayStation 3 and PS4 systems, Roku set-tops, Google Chromecast adapters and mobile devices.

“Sailor Moon” is inspired by the bestselling manga series created by Naoko Takeuchi. In the series, Sailor Moon (voice by Kotono Mitsuishi) joins a team of planetary Sailor Guardians to protect the universe from forces of evil and total annihilation.