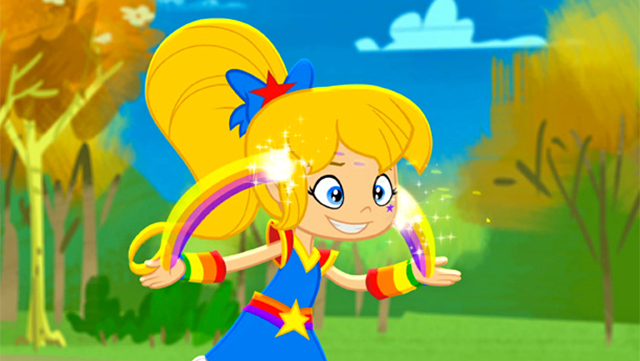 “Rainbow Brite” is being revived as a limited run event series by SVOD service Feeln, featuring the vocal talents of Emily Osment and Molly Ringwald.

The series will consist of three weekly episodes that will debut beginning Nov. 6 on Feeln, a subscription video on demand service from Hallmark that features curated programming aimed at all age groups.

Osment will voice titular heroine Rainbow Brite, a magical girl who embarks on adventures to protect and save Rainbowland from destruction and dark powers. Other returning characters from the original series include Starlite and the Color Kids. ’80s teen icon Molly Ringwald will join the remake as the voice of villain The Dark Princess.

“Being cast as the voice of Rainbow Brite for the relaunch of this iconic show is truly an honor. I look forward to connecting with the audience, old and new, and going on this exciting adventure together,” said Osment.

“With Rainbow Brite, we believe we have created something that captures the essence of the original series — but with a vision that resonates today,” said Iris Ichishita, Head of Original Entertainment for Feeln. “We hope audiences will react with an ‘oh my bows!’ — just like us.”

The original iteration of “Rainbow Brite” was created by Hallmark in 1983, with the cult animated series arriving a year later. Despite the show only running for thirteen episodes (and spawning a movie), the character has enjoyed enduring popularity thanks to syndication and merchandising deals.

Watch the trailer for the new “Rainbow Brite” above.