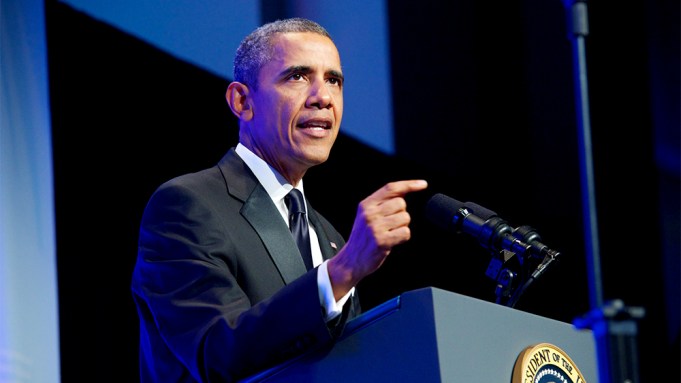 President Obama and other White House officials convened a first-ever summit last Thursday with YouTube personalities to advance the administration’s goal of signing up young Americans for the government’s health-care plan.

The YouTube meeting — which included Obama impersonator Iman Crosson (a.k.a. Alphacat), The Fine Bros. comedy duo and the team behind Epic Rap Battles of History — was aimed at generating awareness about health care enrollment on HealthCare.gov, which ends March 31 for 2014 coverage.

The Obama-led Affordable Care Act has been vigorously opposed by Republicans, who were seeking to repeal or delay the enactment of the law — and the standoff with the administration led to the temporary U.S. government shutdown last fall. When the HealthCare.gov site launched in October, it was beset by technical glitches that prevented many from signing up.

The White House is hoping the “digital influencers” will spread the health care message to their fanbases. Young adults are disproportionately without health insurance: In 2012, 27.2% of Americans 19 to 25 were uninsured, compared with 15.4% for the overall population, according the U.S. Census Bureau.

Other YouTubers in attendance at the White House event were: Mark Douglas, Todd Womack and Ben Relles of BarelyPolitical, which created the “Obama Girl” viral video in 2008; Hannah Hart, creator of the “Drunk Kitchen” series; Michael Stephens of VSauce; Peter Shuckoff and Lloyd Ahlquist of Epic Rap Battles of History; Tyler Oakley; Funny or Die’s Rachel Goldenberg, who has produced videos about the Affordable Care Act videos with celebs such as Jennifer Hudson, Eddie George and Olivia Wilde; and Mickey Meyer and Daniel Kellison of comedy network Jash, which features original content from talent including Sarah Silverman and Michael Cera.

The event was orchestrated by Jash’s Mickey Meyer and Daniel Kellison.