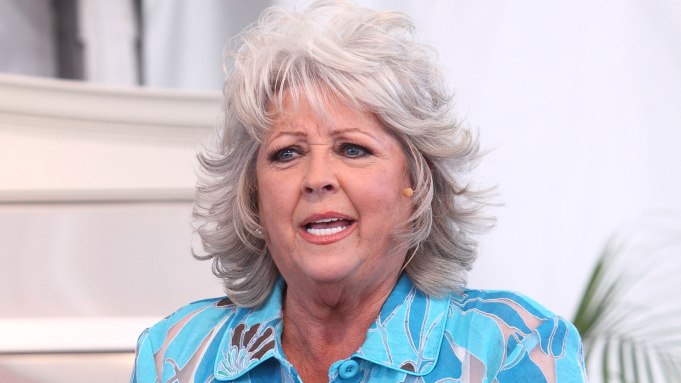 Paula Deen, the Southern-cooking maven who lost her Food Network show last year amid controversy over her use of racial slurs, plans to launch an Internet-only network this fall.

The Paula Deen Network, slated to launched in September 2014, is backed by $100 million in funding from Phoenix-based investor Jahm Najafi.

“Guess who’s gone digital, y’all?” Deen drawls in the teaser video for the network. “You can throw out your TV now, because this is where you can find me,” she says, indicating an iPad.

The subscription fee for the Paula Deen Network has not been determined yet, but her company says it plans to offer a free 14-day trial. Deen has 1.25 million followers on Twitter, but it’s not clear how much of her fanbase will pay to watch her on the Internet. Content on her website is to include cooking segments shot in a new studio near her Savannah, Ga., home, in front of an audience.

Other TV personalities that have made the leap to the web include Glenn Beck, formerly with Fox News, and ex-CNN host Larry King, who now has an online talkshow produced with Ora.tv. Meanwhile, ABC talkshow host Katie Couric is now global anchor for Yahoo, for which she has conducted several interviews with newsmakers.

Another Internet-video project launched by former TV execs is Tapp, a network of subscription channels that will be built around celebrities, formed by former NBCUniversal TV Entertainment chairman Jeff Gaspin and Jon Klein, previously president of CNN.

Deen, known for her down-home comfort-food dishes, had appeared on Scripps Networks Interactive’s Food Network since 1999, most recently starring in “Paula’s Best Dishes.”

Food Network declined to renew Deen’s contract after a videotaped deposition she gave in connection with a discrimination lawsuit filed against her came to light, in which she used the “N” word and reportedly suggested that black staffers at her restaurant dress up as slaves for a wedding her company was catering.