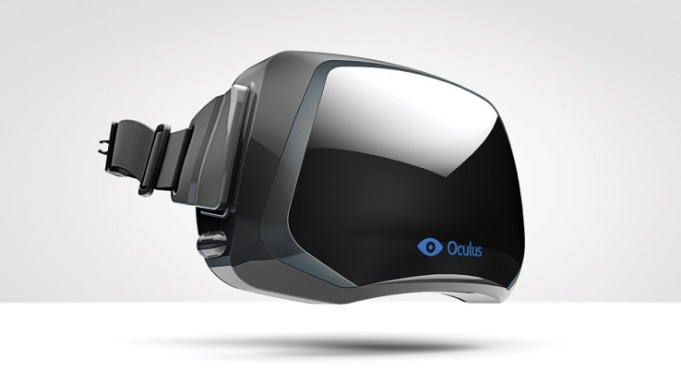 Just as the movie industry gathered this week at CinemaCon to discuss its future, Facebook came along and changed it without even bothering to show up in Las Vegas.

The surprise $2 billion acquisition of virtual-reality headset maker Oculus Rift by a social network company might seem to have nothing to do with movie theaters or films. But in the long term, this kind of technology is going to have a place in the entertainment business. It’s just a matter of time.

While Cinemacon-ites grapple with how best to keep people coming to movie theaters, Oculus Rift will be part of the first wave of innovation capable of bringing an incredible visual environment to people wherever they choose. But this probably won’t require people congregating in theaters for an optimal experience the way 3D does.

Virtual reality is thought of primarily as a vehicle for gaming, but there are applications in the works that utilize the technology for storytelling. There’s already a production company, Condition One, out with a trailer for a documentary, “Zero Point” (see video above), about VR, told through VR. Media companies are just starting to get their hands on how to use VR, which to date has been for marketing stunts like one HBO did at SXSW for “Game of Thrones.” One developer even recreated the apartment from “Seinfeld.”

If you don’t think the logical extension here is for narrative, think again; it’s already got a buzzword to call its own, “immersive entertainment.”

Sony knows all too well what shape the future is taking. It has its own solution to the VR space in Project Morpheus, which will be compatible with its own Playstation 4. Keep in mind Sony doesn’t just think of its console as a videogame platform, as the company indicated last week with an announcement for more original series programming.

The example of Sony bridging the worlds of content and platform is one that will eventually be asked of Facebook itself. The social networking giant has always struck an agnostic pose, preferring to position itself as a platform where others can publish their content instead of sticking their beak in that game, too. But few expect Facebook stay on the sidelines for long as the scale of its video platform grows. Maybe CEO Mark Zuckerberg will stay that way in video or VR somewhere down the line, or maybe not.

All this is far from prime motivation for plunking down $2 billion for a company that has bigger implications for its core social-networking competency. But keep in mind Oculus Rift is really just a screen, albeit one strapped to a headset that fits around your eyeballs. While Facebook’s entry into the hardware business may make it no different than Apple with its iPad, there’s also a comparison to be made with exhibitors like AMC or Regal.

Don’t go selling their stocks just yet; it’s going to take a long time for VR to reach the kind of maturity that will threaten the theater business. But having Facebook’s funding will no doubt accelerate that future.