"Huffpost Live's" Jacob Soboroff on board to host daily series 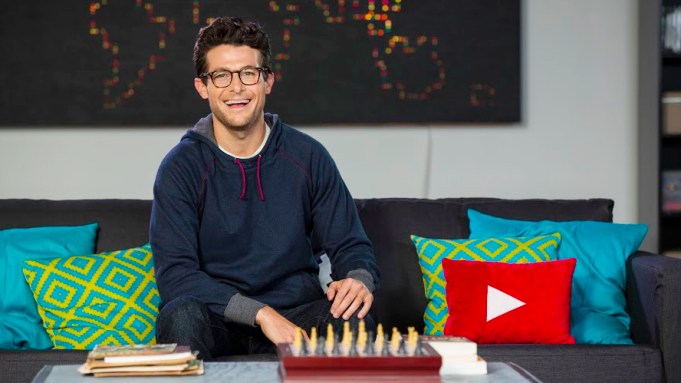 A new daily series that shows off the best of YouTube is launching Tuesday, as Variety first reported last week.

Produced by DreamWorks Animation and sponsored by Verizon, “YouTube Nation” will be published on the web giant’s Spotlight channel every weekday at 6 p.m. PT. The channel has 19 million subscribers.

DWA is overseeing production while YouTube’s teams are providing support including managing sales and marketing. Backed by DWA CEO Jeffrey Katzenberg and YouTube content czar Robert Kyncl, the show will be shot in Ultra HD.

A showcase for the latest stories, programming and creators making waves on YouTube, “Nation” will be hosted by Jacob Soboroff (“Takepart Live“) and executive produced by Steve Woolf and Zadi Diaz, who previously produced web series “Epic Fu” among other credits.

A press release was issued Monday touting it as “the first use of the YouTube brand for a daily program” and “a five-minute experience that includes a rich mix of videos, themed playlists, channel creator highlights and fan feedback.”