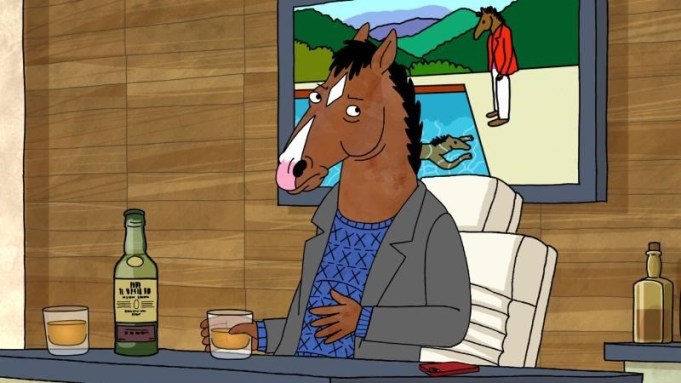 Netflix will bow “BoJack Horseman,” voiced by Will Arnett and Aaron Paul, on Aug. 22 with the release of all 12 episodes of the adult-themed animated comedy about a hard-drinking humanoid stallion.

“BoJack Horseman” was created by Raphael Bob-Waksberg (“The Exquisite Corpse Project”) and is exec produced by Bob-Waksberg, Steven A. Cohen and Noel Bright, with Arnett and Paul also serving as exec producers. BoJack was designed by graphic artist Lisa Hanawalt and the series is animated by L.A.-based ShadowMachine.

The titular character was the “legendary star of the 1990s family-favorite sitcom ‘Horsin’ Around’” — which never existed. Cast includes Paul F. Tompkins (HBO’s “Mr. Show with Bob and David”) as the voice of golden retriever Mr. Peanutbutter, and Alison Brie (“Community,” “Mad Men”) as the dog’s human girlfriend.