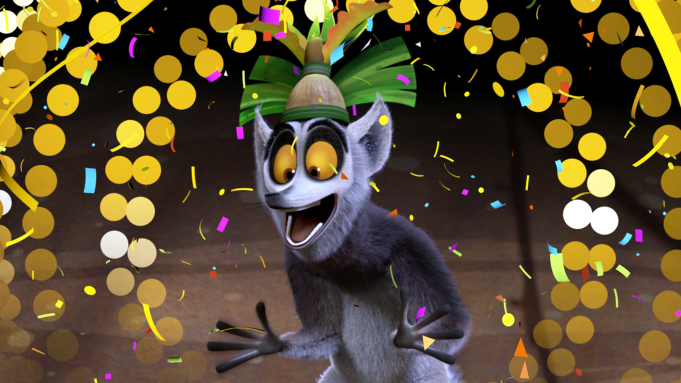 Netflix and DreamWorks Animation are conspiring to help parents around the globe fool their children into going to sleep before midnight strikes this New Year’s Eve.

In a new three-minute special short, King Julien — the ring-tailed lemur who stars in DWA-produced “All Hail King Julien,” the original series that is a spinoff of the studio’s “Madagascar” franchise — hosts a musical, kid-friendly countdown to midnight. The on-demand clip, obviously, can be played whenever parents feel it’s necessary.

Netflix says the clip is aimed at the 34% of U.S. parents who admitted to starting the New Year’s Eve countdown early to trick their kids into thinking it’s midnight, according to a survey conducted by Wakefield Research commissioned by the streaming-video provider.

The promo also is intended to push Netflix subs to watch “All Hail King Julien,” which launched Dec. 19 with the first five episodes. Additional installments of the animated series are scheduled to be available next year. The series is part of a larger pact between Netflix and DWA, reached in mid-2013, that represents the biggest original programming deal for Netflix to date, calling for 300-plus hours of first-run content.

The New Year’s Eve countdown clip with King Julien is slated to be available in the U.S., Canada, Latin America, the U.K., Ireland, Scandinavia, the Netherlands and France. According to Netflix, the DWA agreement does not extend to Germany, Austria or Switzerland at this point.