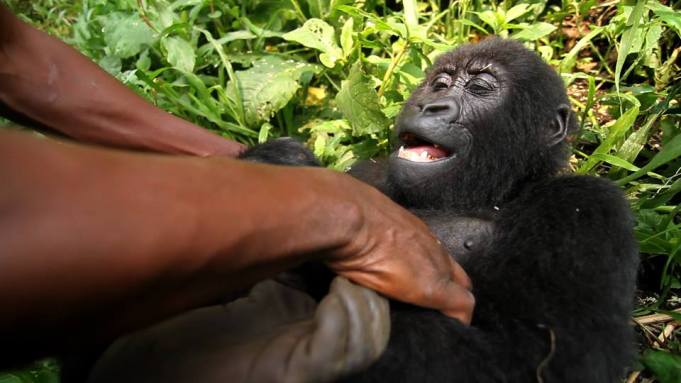 Netflix continues to fill out its documentary lineup, acquiring exclusive subscription-video rights to Grain Media’s “Virunga,” about threats to Virunga National Park in the eastern Congo, which is a refuge for 800 endangered mountain gorillas.

The film helmed by Orlando von Einsiedel, his first feature-length documentary, premiered at this year’s Tribeca Film Festival. “Virunga” follows a team of embattled park rangers as they work to fend off encroaching forces of industry, poaching, corruption and war.

Other recent Netflix documentary acquisitions include “E-Team,” slated to hit the service this fall, as well as “Mission Blue,” “E-Team,” “The Battered Bastards of Baseball,” “Print the Legend” and “Brave Miss World,” which has been nominated for a 2014 Primetime Emmy award. Previous docus in the Netflix queue have included “The Square,” an Oscar-nominated film about political unrest in Egypt and Mitt Romney docu “Mitt.”

“Combining compelling filmmaking with a captivating real-life subject, ‘Virunga’ will have viewers on the edge of their seats from its very first frame,” Lisa Nishimura, Netflix VP of original documentary and comedy, said in a statement. “Orlando has crafted a film of rare and raw beauty, an artful and thought-provoking documentary that demands to be seen around the globe.”

According to von Einsiedel, “Netflix’s global reach is second to none and so was the obvious platform for us to share with the world the story of the park’s brave rangers and their David-and-Goliath battle.”