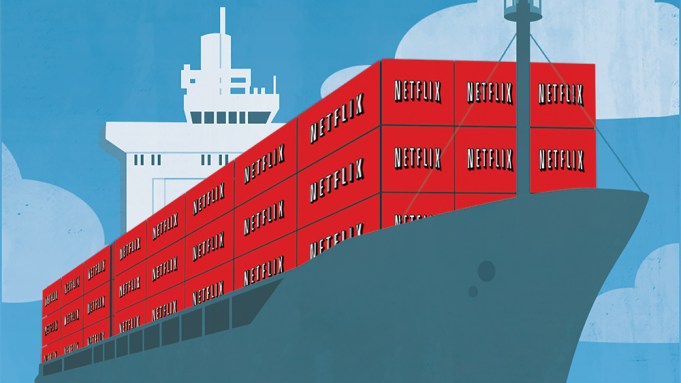 One of the first subscription VOD services in the Netherlands has closed its doors within months of Netflix’s arrival in the marketplace.

Ximon shut down Wednesday after three years of operation in the Netherlands and Belgium. Ximon had one of the biggest libraries of content in the region, boasting 4,300 titles with a heavy skew toward foreign arthouse films and TV series. The company hopes one of its competitors is able to pick up the rights to its library.

Ximon chief Marc Jurgens explained in a statement announcing the closure that Ximon had been seeking new investors in the latter half of 2013 but ultimately gave up.

“Eventually, however, we definitively determined that no additional funding for Ximon would come,” he said. “For this reason Ximon decided to stop Jan. 29, 2014.”

While Jurgens didn’t reference the entry of Netflix last September in the Dutch marketplace, he did cite a “growth spurt at the end of 2013 for VOD services” in the region as a factor in his thinking. Competition in the Dutch VOD sector had clearly been intensifying; Broadcaster RTL acquired a majority stake in another regional SVOD service,  Videoland, on the heels of Netflix’s arrival. Other SVOD competitors include Film1 and KPN, while there’s still more VOD types in the territory (Pathe Thuis, SBS Broadcasting’s Veamer and Cinemalink).

Pay TV providers including UPC and Ziggo have robust digital platforms. HBO is available as a SVOD service in the Netherlands as well but only as part of the HBO linear channel subscription. Scandinavia is the only region where HBO competes on a standalone online basis with Netflix.

Fittingly for a company that specialized in film, Ximon posted a video on its website in the style of rolling end credits in a sly nod to the individuals who put the service on the map (see above).