Continue to Variety SKIP AD
You will be redirected back to your article in seconds
Oct 7, 2014 11:02am PT 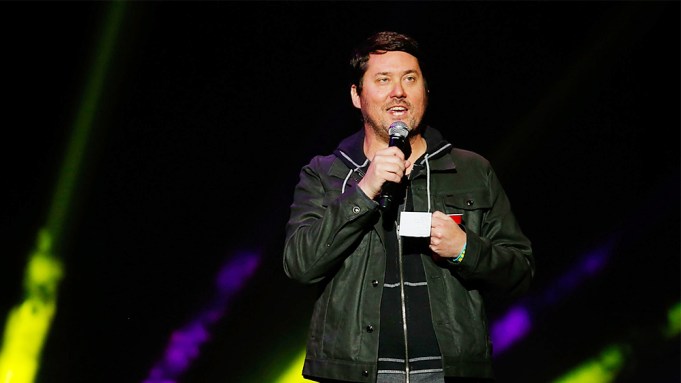 That joins several other Netflix stand-up comedy specials, including those from Bill Cosby, Jim Jefferies, Bill Burr and Chelsea Peretti. In addition, Chelsea Handler’s hourlong comedy special “Uganda Be Kidding Me” will debut Oct. 10, as part of a broader pact with the comedienne that is to include a talk show slated for 2016.

In the Benson special, recorded at the Neptune Theatre in Seattle, he relays stories about dodging comedy advice from little old ladies, his weird flying habits and outsmarting the TSA, and awkward conversations with annoying cat-people at parties — all while responding to real-time tweets from the audience.

Benson is repped by the Gersh Agency. The comic hosts a weekly talk show on YouTube, “Getting Doug with High,” in which he smokes weed with fellow comedians.

Among other credits, Benson starred in Comedy Central’s “The Benson Interruption,” which aired in 2010.