Continue to Variety SKIP AD
You will be redirected back to your article in seconds
Oct 30, 2014 12:03pm PT 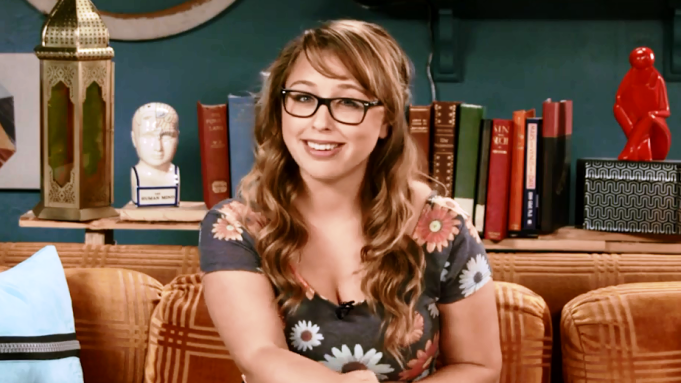 The Braless channel — the name is supposed to evoke the ’70s feminism movement — will focus on gender and sexuality issues in current pop culture with weekly episodes. Series host Laci Green has 1.1 million subscribers for her YouTube channel, “Sex+,” billed as a “frank video series about sexuality.”

“Laci has a big following in this space, with content presented in a smart, funny way that’s a fit for our demo,” said Colin Helms, MTV’s SVP of connected content. “Part of what we like is that she has her own channel — so ideally we’ll tap into her audience.”

Green describes herself on her website as a “24-year-old sexuality geek based out of the San Francisco Bay Area.” She also hosts a science news show for Discovery Channel and a sex-ed series for Planned Parenthood. MTV Braless will be about “feminism, politics, paparazzi, pop stars, sex toys, sexting, getting pissed, The Fappening… and bras — lots of bras,” she says in the teaser trailer for the channel.

In the first episode on MTV Braless, slated to debut Nov. 4, Green will address the topic of Taylor Swift calling herself a feminist and what the real meaning of the term is. A new episode will air weekly; currently MTV has signed a 12-week pact with Green for the channel.

MTV isn’t selling any advertising on the Braless channel, with Helms describing the project at “pure branding.”

“We are seeing it as an experiment, to engage the YouTube audience,” he said.

The show is being produced by New York-based online-video production firm Kornhaber Brown. Helms said Braless is being specifically scripted for the YouTube audience, with a direct-to-camera approach and topics designed to promote viewer interaction. MTV has its own YouTube channel and creates and distributes online-only video content, but this is the first time the network has developed a channel specifically for the YouTube audience.

Green, in addition to hosting Braless, will write stories on feminism and sex issues that will appear on MTV.com. The YouTube episodes from the series won’t run in full on the linear MTV channel, but Helms said he expects the cabler to run excerpts from the series as short interstitials.