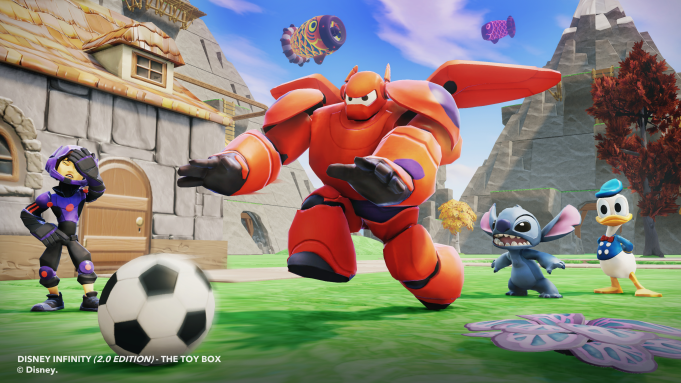 Disney isn’t waiting for “Big Hero 6” to prove itself at the box office before letting the animated film’s characters join the company’s more established characters in “Disney Infinity.”

“Big Hero 6’s” Hiro and inflatable robot Baymax will become available Nov. 4 for play in the game. The film from Walt Disney Animation Studios will be released Nov. 7.

The toon, directed by Don Hall and Chris Williams, is based on Marvel’s comicbook of the same name and revolves around a robotics designer who pairs with Kung Fu fighting Baymax, complete with his rocket fist, super strength and thrusters, to fight evil in San Fransokyo.

In addition to the characters, Disney also will sell “Big Hero 6” chem capsule power discs that let players create a cloud of frost that freezes enemies in their tracks.

The early admission into “Disney Infinity” — before it’s had time to prove itself in theaters — is clearly meant as a way to help market the toon to the game’s younger players who may not be familiar with the characters or the comicbook.

Disney took a similar strategy with “Frozen,” offering the film’s Anna and Elsa as individual characters to play around the film’s release on Nov. 26 (the film debuted Nov. 27).

When the game launched, Disney relied on introducing characters from “Frozen,” “Wreck-It Ralph,” “The Pirates of the Caribbean” or Pixar films like “Toy Story,” “Cars” and “The Incredibles,” as well as Mickey Mouse from “Fantasia.”

An updated version of the game, dubbed “Disney Infinity 2.0,” will add Marvel’s superheroes for the first time, including those from “The Guardians of the Galaxy.” More classic characters like Donald Duck are also being added, as well as Disney Princesses like “Aladdin’s” Princess Jasmine.

But even in Jasmine’s case, the character won’t become playable in “Disney Infinity” until next year, after the “Big Hero 6” characters.