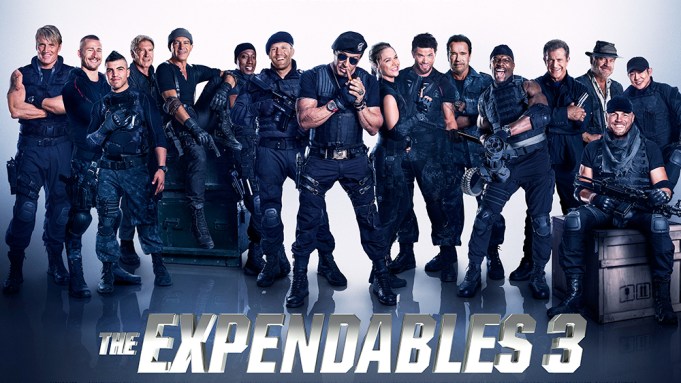 Lionsgate has filed a lawsuit against 10 anonymous individuals the studio alleges were responsible for illegally sharing a high-quality copy of “The Expendables 3” three weeks before its theatrical debut.

The studio is seeking unspecified monetary damages for contributory copyright infringement, and seeks to block the operators of several cloud-storage and torrent-sharing websites from linking to or distributing the poached copy of the action film.

In addition, Lionsgate’s lawsuit demands that the defendants, identified as John Does 1-10, turn over all digital copies of the film, including hardware like servers that contain pirated copies, and that they be barred from continuing to operate the websites.

“Lions Gate is informed and believes and on that basis alleges that only a single digital file containing the Film was stolen, and that every copy of the Film alleged in this complaint (and every copy available anywhere on the Internet) originated from and is a reproduction of that single original digital file,” the lawsuit says.

“Defendants’ conduct as alleged herein has caused and will continue to cause Lions Gate irreparable harm for which there is no adequate remedy at law, and is also causing damage to Lions Gate in an amount which cannot be accurately computed at this time but will be proven at trial,” the lawsuit states.

The studio filed suit Thursday in the U.S. District Court for the Central District of California, Western Division. The case has been assigned docket no. 2:14-cv-06033.

News of the lawsuit was first reported by the Hollywood Reporter.