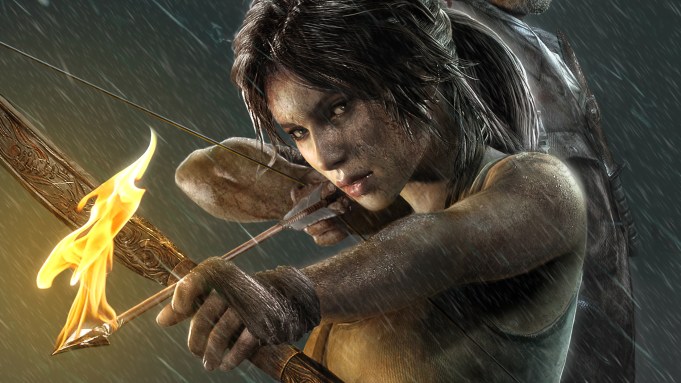 Microsoft’s Xbox is putting its money behind “Tomb Raider,” turning to the treasure hunter as it looks for a video game franchise to compete with against Sony’s popular globe-trotting adventure series “Uncharted,” both of which have ambitious new sequels launching in 2015.

“Rise of the Tomb Raider” will be released exclusively on the Xbox platform, Microsoft corporate VP Phil Harrison revealed Tuesday from the Gamescom conference in Cologne, Germany.

While the sequel to 2013’s “Tomb Raider” was prominently featured at Xbox’s presentation at the Electronic Entertainment Expo in Los Angeles, in June, it was assumed the game would be released across multiple platforms, including Sony’s PlayStation 4, when it launches in holiday 2015.

It still will: While “Rise of the Tomb Raider” will bow exclusively on Xbox One during holiday 2015, Crystal Dynamics has the option to release the game on other platforms afterward, since it still owns the property, not Microsoft.

Still the move to lock down the rights to “Tomb Raider” is clearly an effort to not only secure its own adventure franchise, but land a franchise that could help it sell more hardware, as console makers rely more on exclusives to promote the Xbox One and PS4. It worked for Microsoft in the past, with “Halo” having helped launch the Xbox and Xbox 360.

Sony has scored with Naughty Dog’s “Uncharted” franchise, exclusive to PlayStation since 2007; “Uncharted 4: A Thief’s End” launches next year, as well (watch the trailer below), which features an older version of the game’s hero Nathan Drake.

“Tomb Raider” and “Uncharted” have film adaptations in the works and revolve around treasure hunters.

Crystal Dynamics rebooted the “Tomb Raider” franchise in 2013, introducing a younger Croft as she goes on her first adventures. That version of the game is expected to be the basis of a new film franchise, currently in development.

Microsoft must be impressed with what they’ve seen in “Rise of the Tomb Raider” so far.

SEE ALSO: E3: Microsoft Focuses on Games to Boost Interest in the Xbox One

In a blog post, Crystal Dynamics chief Darrell Gallagher said the company is trying to make “the most ambitious ‘Tomb Raider’ game ever built” and that “our friends at Microsoft have always seen huge potential in ‘Tomb Raider’ and have believed in our vision since our first unveil with them on their stage at E3 2011. We know they will get behind this game more than any support we have had from them in the past — we believe this will be a step to really forging the ‘Tomb Raider’ brand as one of the biggest in gaming, with the help, belief and backing of a major partner like Microsoft.”

Other “Tomb Raider” games will still be released on the PlayStation and PC, including December’s “Lara Croft and the Temple of Osiris” and “Tomb Raider: The Definitive Edition.”