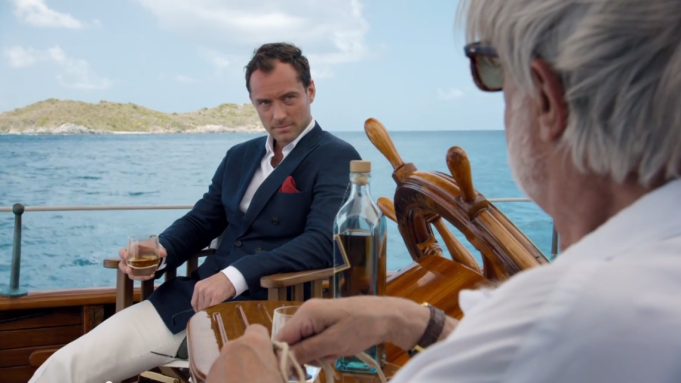 Car companies and jewelry brands have long dipped into the branded entertainment waters with short films, but with “Gentleman’s Wager,” Johnnie Walker’s Blue Label is now going after a similar luxury buyer with a pricey short film that Scott lensed in the British Virgin Islands and London for RSA Films and agency Anomaly.

It’s yet to be determined whether Law can sell bottles of whisky, but his involvement will certainly help put a spotlight on the Johnnie Walker brand that hasn’t received this much attention by Hollywood since it was praised by an alcoholic character in a still memorable scene in NBC’s “The West Wing,” in 2001.

The son of Ridley Scott, Jake Scott is best known for directing commercials and music videos for Soundgarden, the Smashing Pumpkins, Oasis, No Doubt, Tori Amos and George Michael.